The bathroom makeover saga continues. I left off, here, where I shared the simple updates we did–art, accessories, and some updates with paint. The main thing left on our list was to find fabric that I could use to make an extra-long shower curtain. The shower curtain needed to be roughly 72×86 inches, so larger than normal widths of fabric. The only other option that I could think of was to find a flat sheet I liked to make it out of.

A trip or two to TJ Maxx gave us a few options. I couldn’t decide in the store, so we bought a few, brought them home to see them in the space, then returned the two we didn’t use. 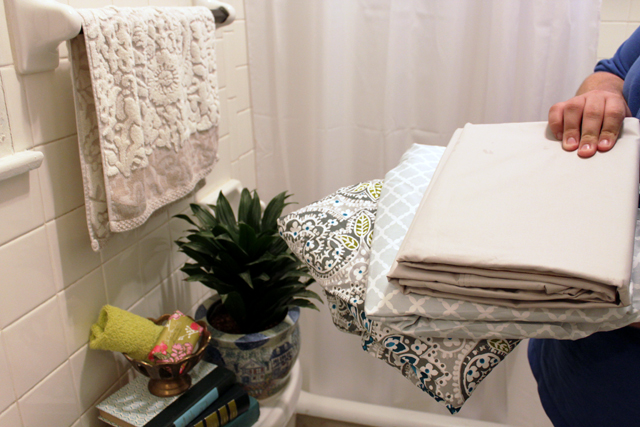 The gray/teal/green patterned one was actually a duvet cover, then we had the blue/white patterned one, and the gray one on top. They were all pretty solid options, but in the end we went with the gray one: 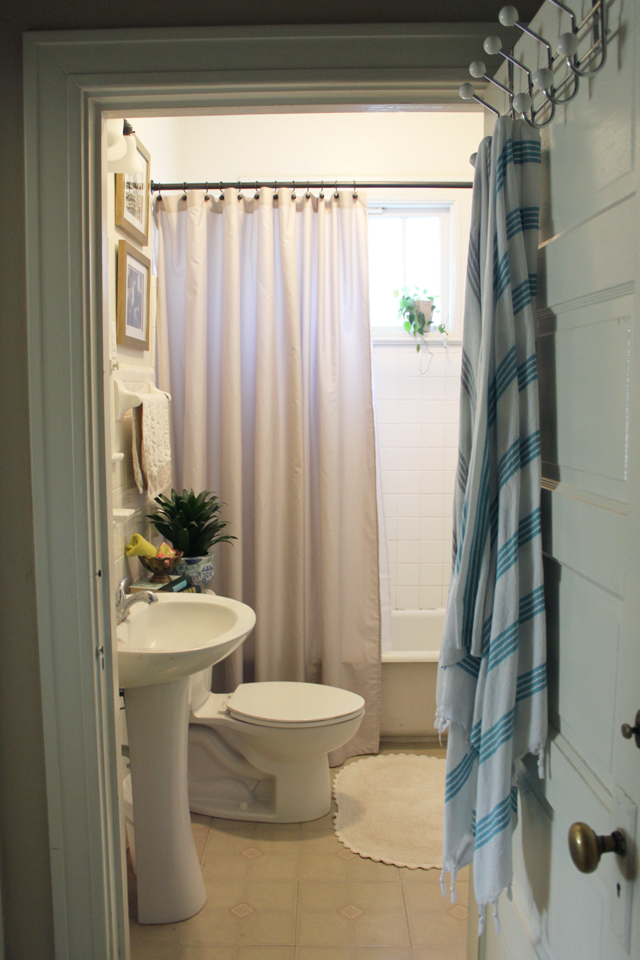 That one beat out the others for a few reasons. I wanted this small room to stay pretty simple. My ideal curtain would have had a subtle pattern on it, but the simple patterned sheet set we found was light blue and it clashed with the mint blue ceiling we have in here. The more highly patterned grey/teal/green one I liked, but it was the most expensive, was a duvet cover, so it would have been a little added work to make into a shower curtain, and I was worried that it was just a little too busy for the space. The gray one, however, was simple, a great color that went well with the existing patterned hand towel, gray plant pot in the shower, and gave a nice neutral backdrop for the bright colored painting/accessories. As if those reasons weren’t enough, it was actually only a flat sheet (instead of a sheet set, where we were buying a fitted sheet and pillowcases as well that we didn’t need) and it was on clearance for $15: 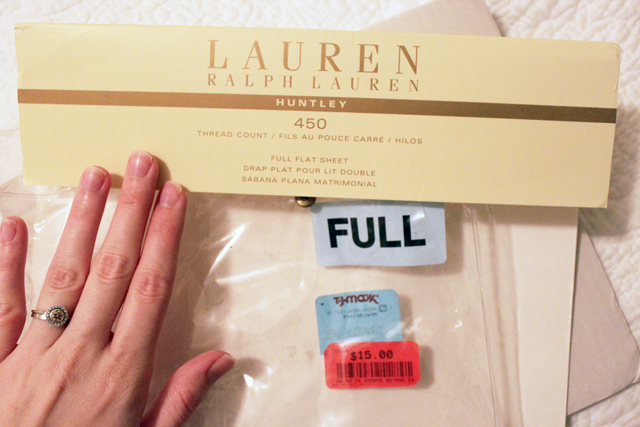 It was a super easy project to turn it into a shower curtain. I only had to trim a few inches off one side, sew that seam back up, then I cut the band off the top of the sheet, hemmed that, and sewed buttonholes to line up with the holes along the top of our shower curtain liner. Finished it up in one short afternoon. 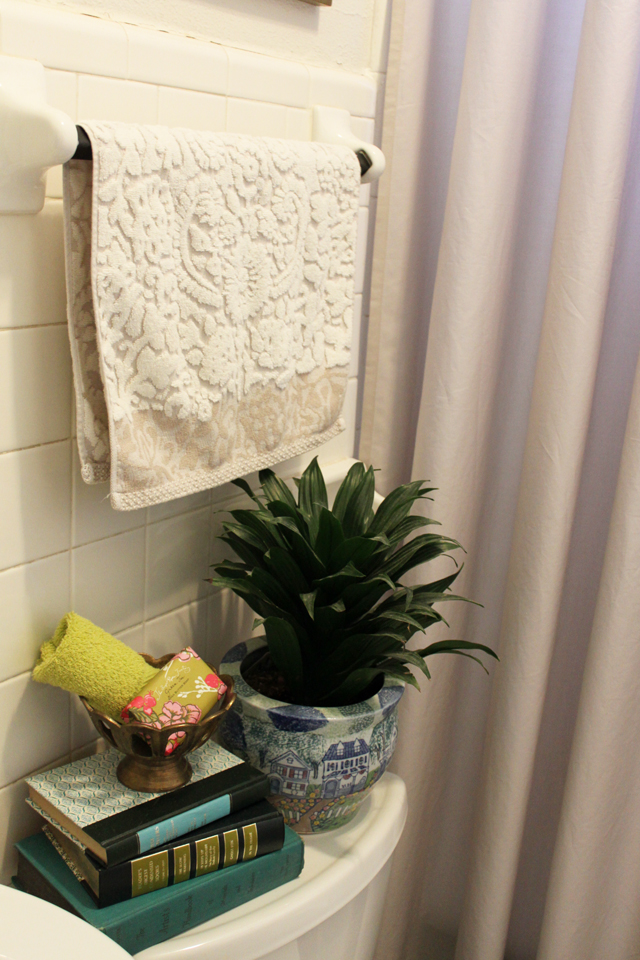 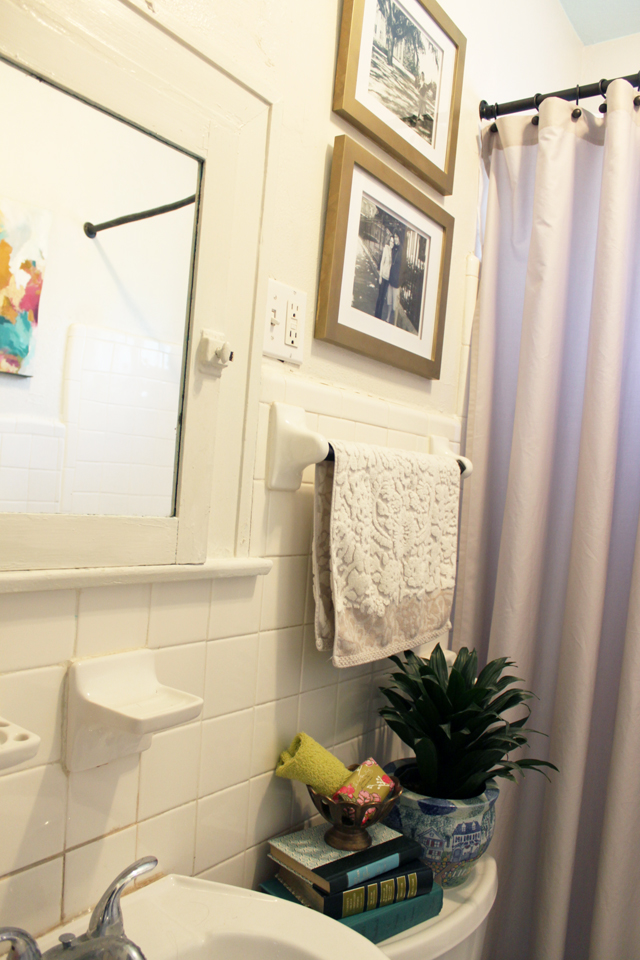 Even though the sheet made a thinner shower curtain than most ones you buy, I haven’t had any problems with it since we also have a liner on the inside. 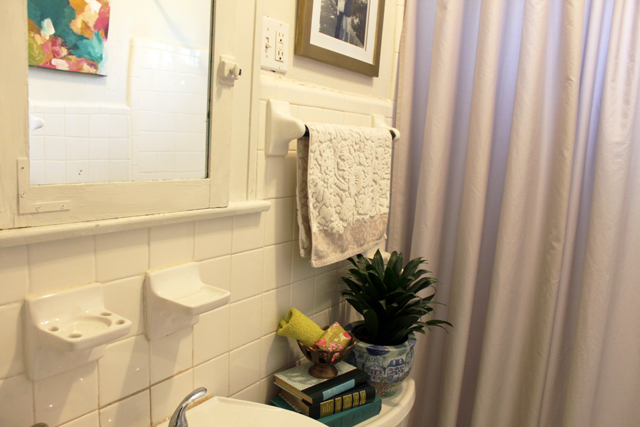 Showering is so much nicer now! When we only had the liner up, the air would blow the liner onto you while you were in the shower. Now, with the outside curtain up too, that doesn’t happen. 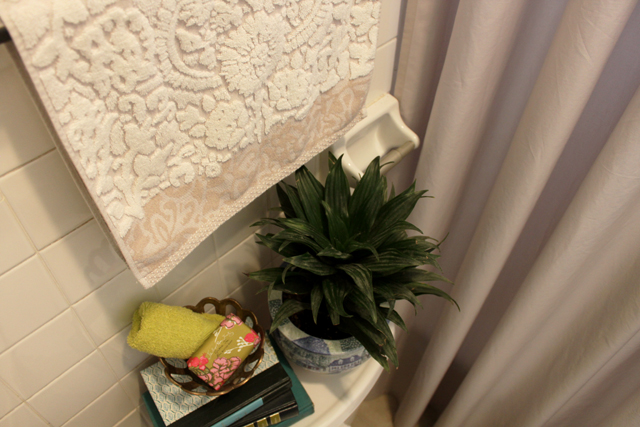 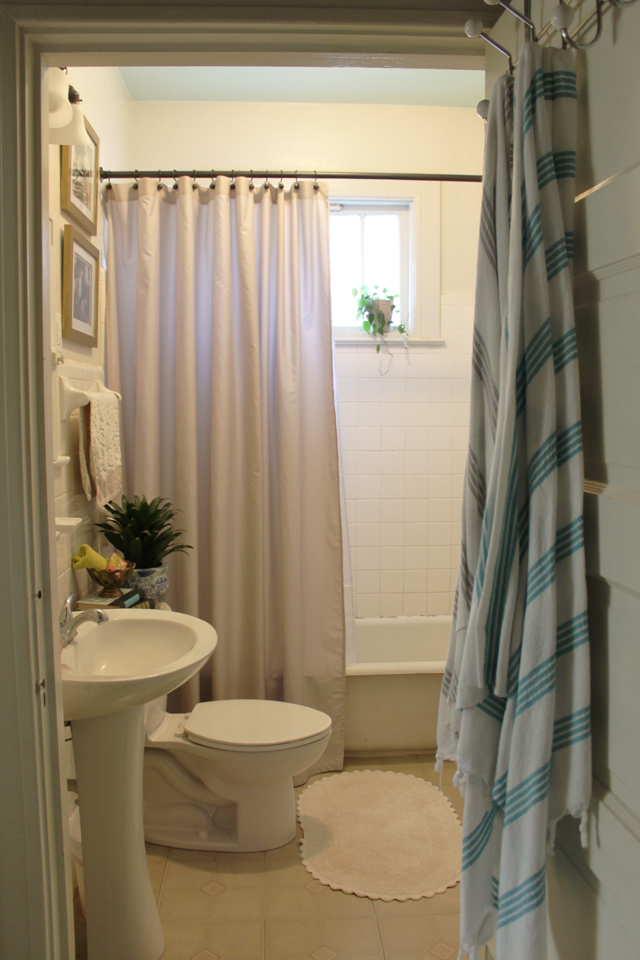 Perhaps down the line, we’ll get a patterned rug to go in here to break  up all the solid areas of color, but for now, I’m happy with our little bathroom makeover and how little we’ve spent on it!