What was one of the first things I did in the new house? Clean all the floors? Unpack my clothes? Nope, neither of those. (well, I did them, just not before this) I planted flowers and herbs in the kitchen window box we discovered on move-in day. It was such a nice surprise! I love gardening and that was really the only drawback about this apartment–the lack of real outdoor space. But we didn’t really expect to get outdoor space in any apartment we were going to get. Not that a window box is actually outdoor space, but I was thrilled at actually being able to plant some flowers and herbs! 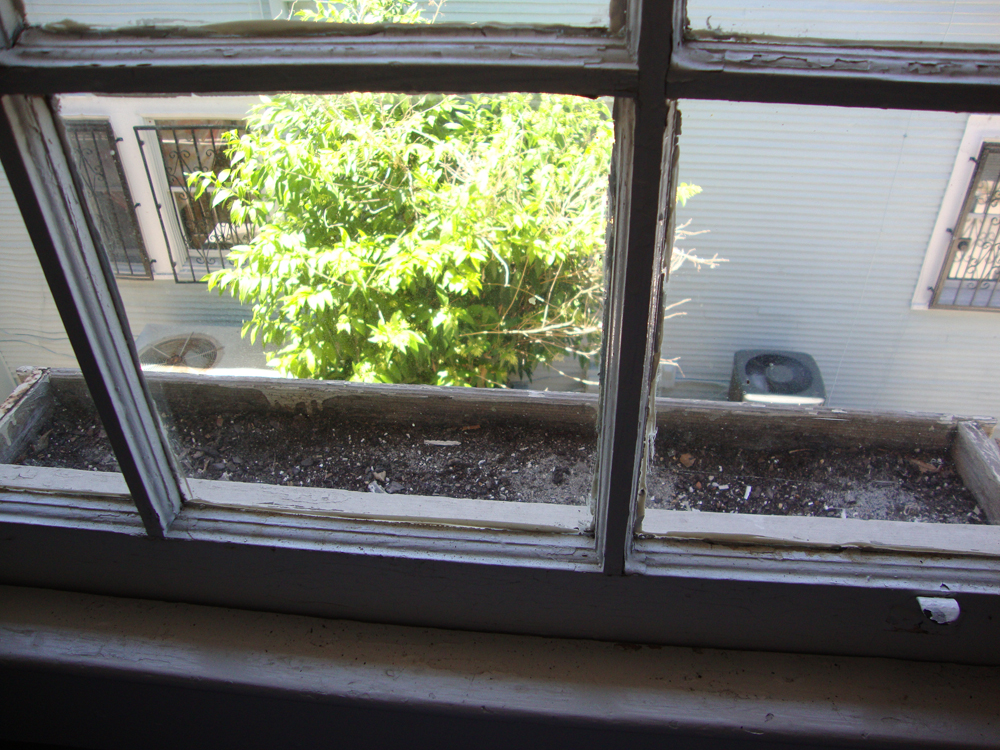 A little sad looking, don’t you think? One side of the box was also a little rickety so Drew put an extra nail or two in it to keep it together and then I got to planting. I guess it is nice that this particular window doesn’t have a screen in it and it is pretty easy to open it to plant things, water the plants, or snip bits of the herbs off to cook with. 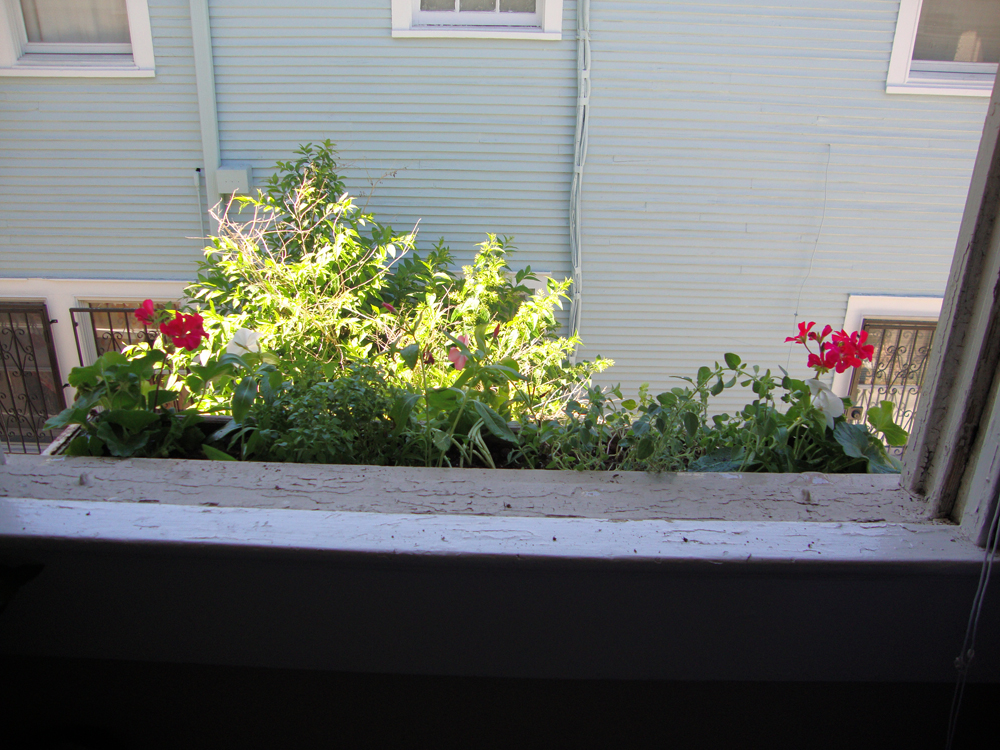 The tree next to the other house sort of makes it hard to see my plants. But I planted two hot pink geraniums on either end with six little pink and white flowers spread throughout (I forgot their names–they are the ones that look similar to impatiens but like full sun) and three herb plants–a boxwood basil, oregano, and the other basil plant that we already had in our old house. 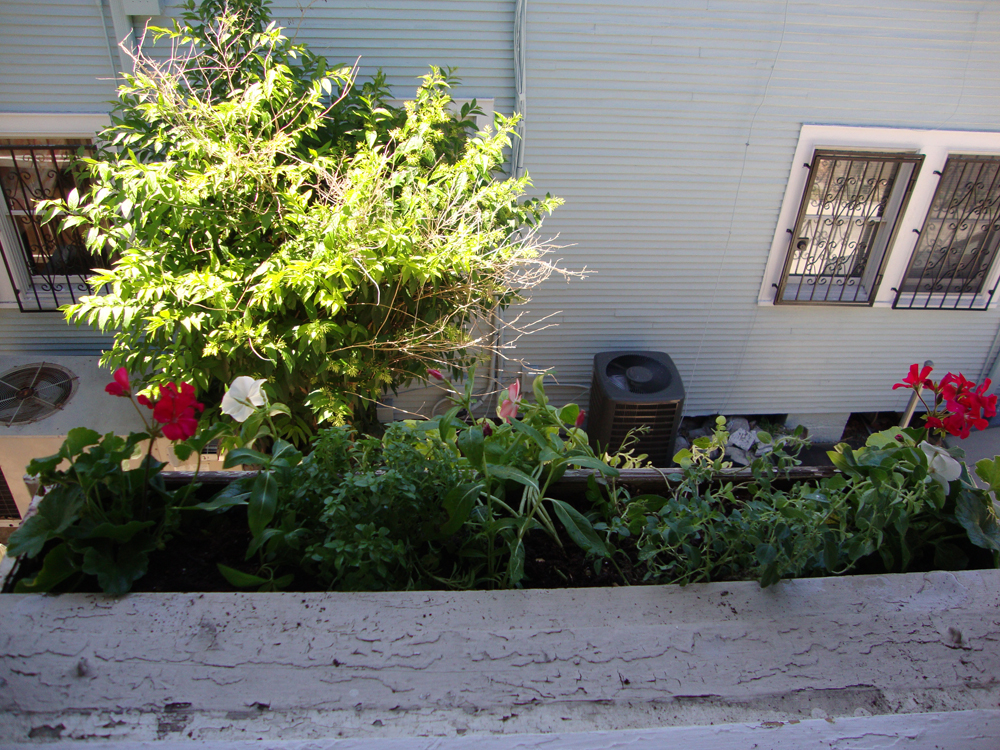 You can see them a little better in this one. 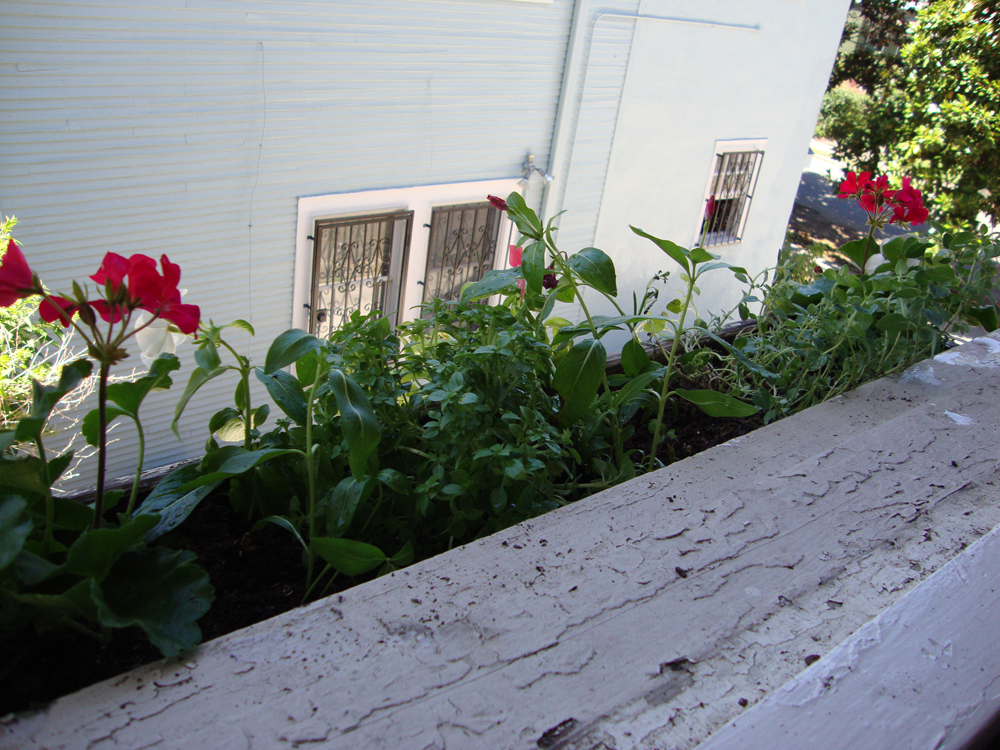 The basil plant that we already had is planted in the middle, although you can’t really see him very well. He sort-of didn’t get enough sun in the old house so he has rather wilty stems and they hang over the edge of the planter box. 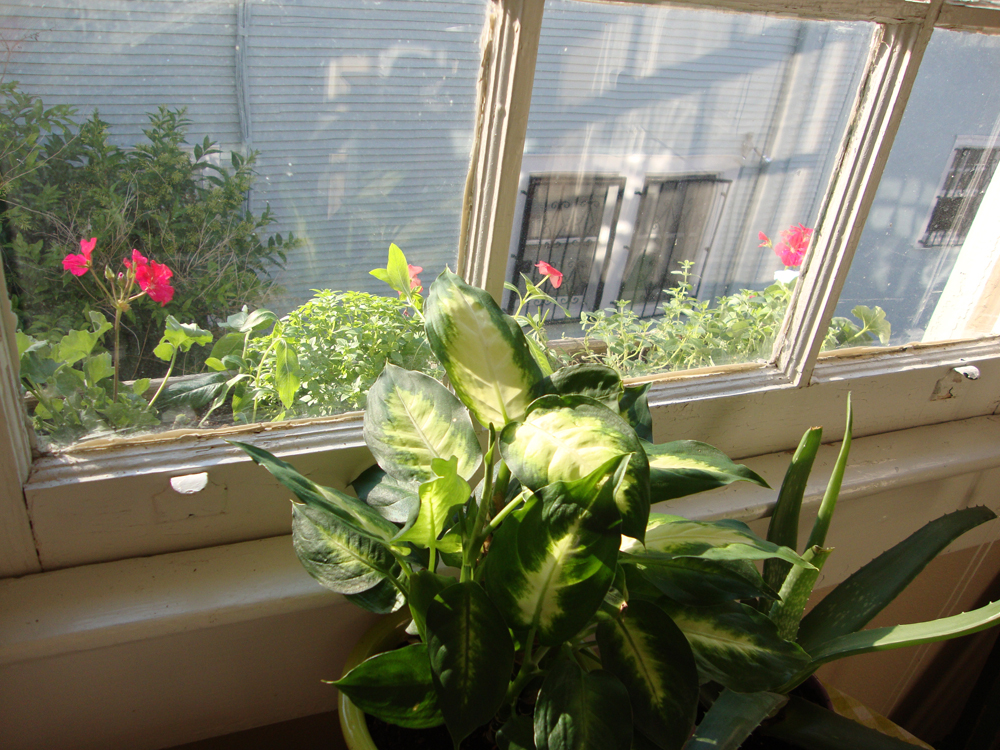 We have our little kitchen table right under this window, so it is nice that you can see the pretty flowers when you are sitting at the table. 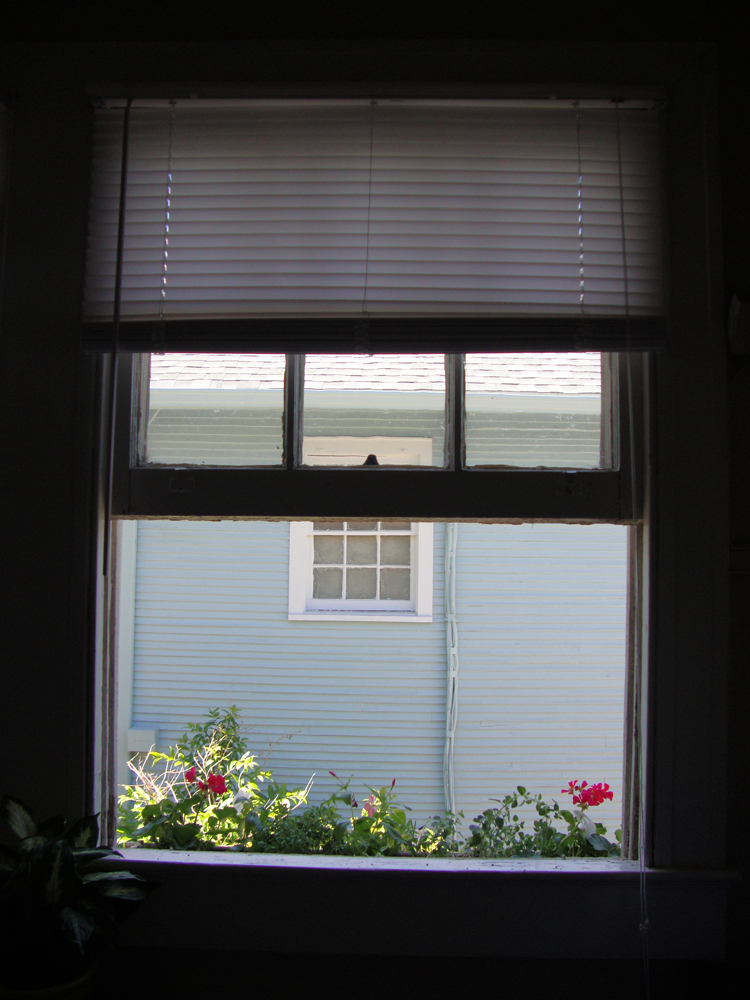 You can even see the flowers out the window from across the kitchen. 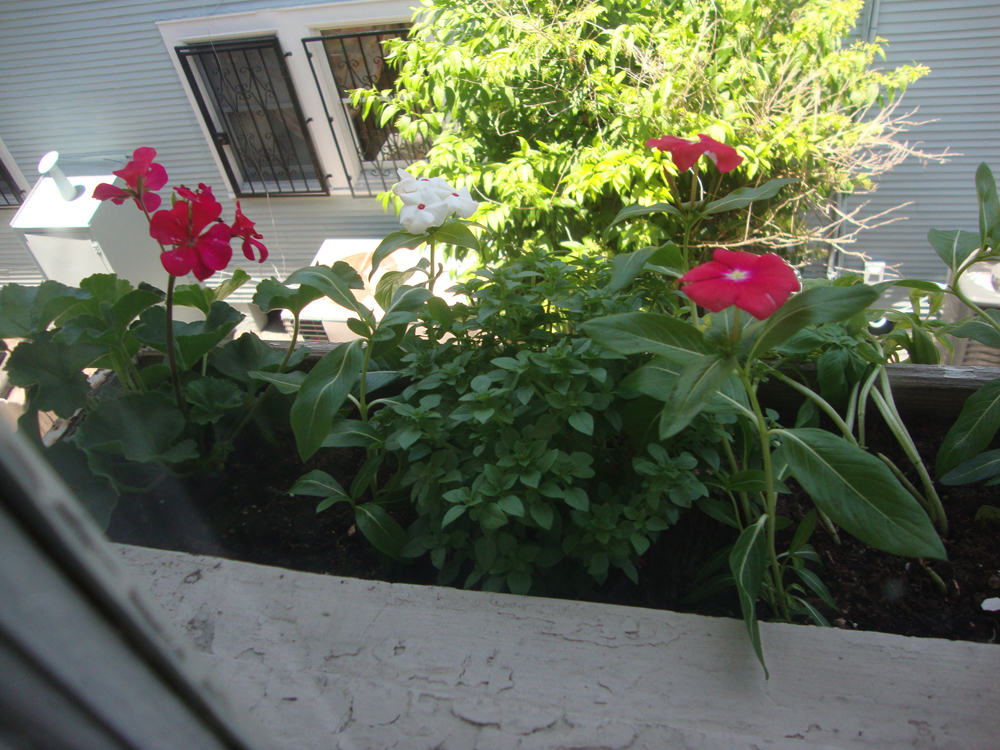 They must really be liking their new home. I only planted them on Monday and they’ve already gotten more blooms and the Oregano is about to take over the whole box. Pretty soon it is going to be halfway up the window! (although I didn’t take a good picture of it to show its progress–it must be the moisture rich soil I gave it) 😉

We are also thinking about making planter boxes for the front porch of the house. You can see part of it in the first picture, here. It would be nice to spruce up the curb appeal and also to add some pretty colorful flowers mixed in with a few veggie plants so that we could have some food out of the whole thing. The landlord said it was perfectly fine if we wanted to do it, but we have so many other things that we need to spend money on for the house (we don’t have hardly any furniture!) that I don’t know if we will get around to doing it just yet. Although if we want to plant veggies they should have already been planted. We’ll see how it goes.