Well, today we figured out one thing Drew can mark off his list of possible careers. 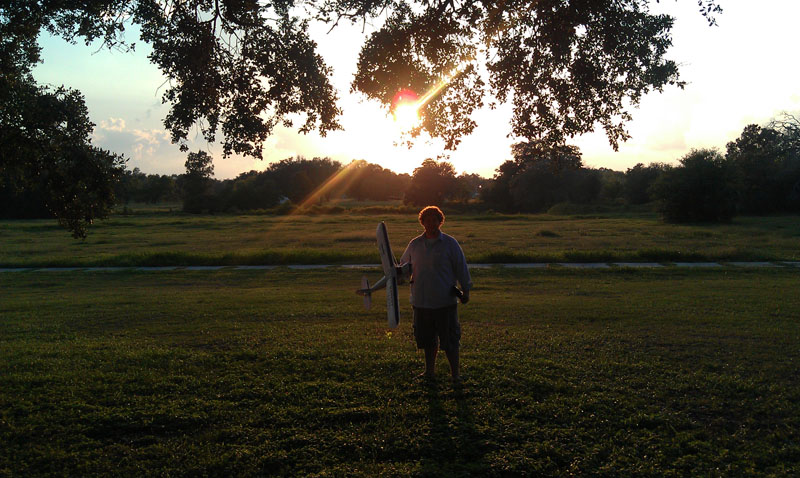 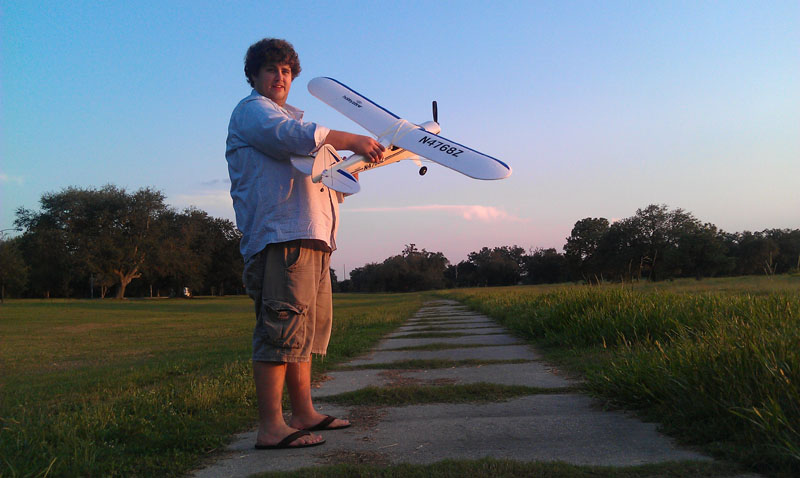 Today on his way home from work, Drew stopped by some hobby shop to look at them. Apparently this one that he ended up coming home with was originally $180, but was on sale for 40% off. He said he told the worker that his fiancee’ would no way let him spend $70+ on a Styrofoam airplane, so they let him have it for $55. Still ridiculous in my opinion, but I wasn’t there to stop it. 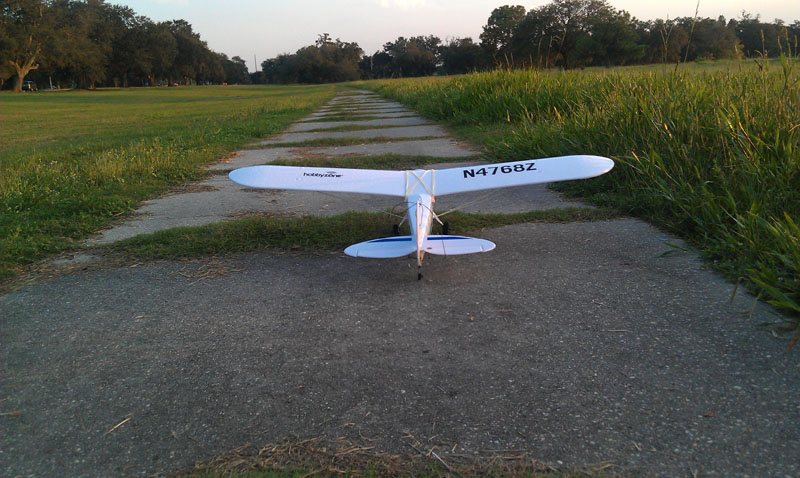 We couldn’t eat dinner fast enough for Drew to get to City Park to test it out. 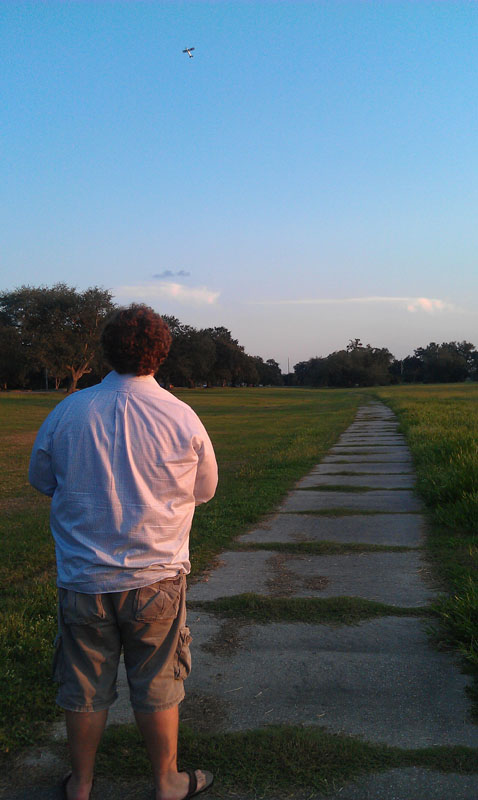 The first time he tried it, he held down the gas and that thing flew off a lot faster than either of us expected. It shot off and Drew pretty much didn’t have a clue how to operate it. 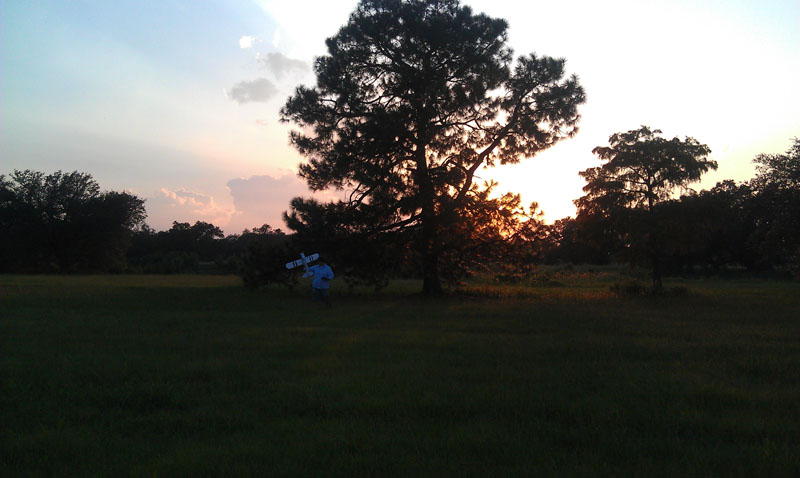 It ended up hitting a tree going pretty fast. Luckily it bounced off and fell to the ground instead of getting stuck. 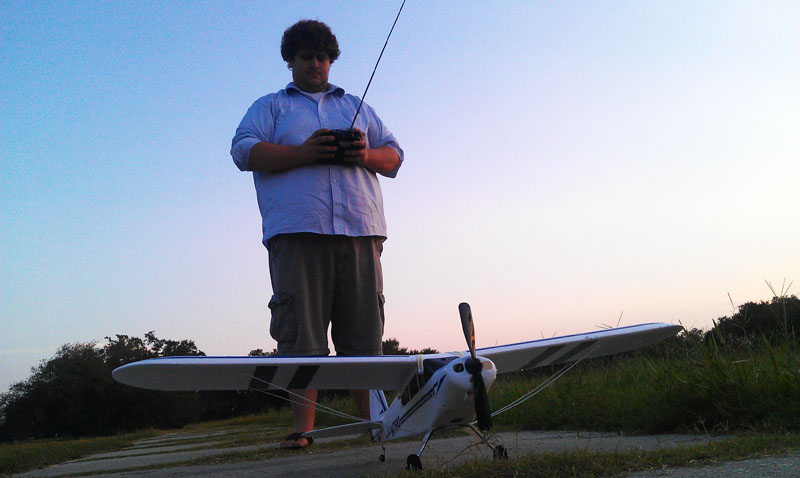 The next several attempts were a little better, but not soon later we ended up with this: 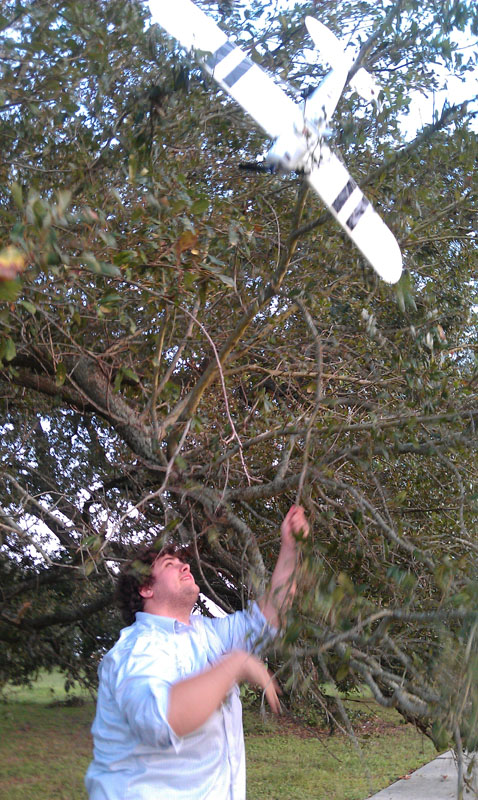 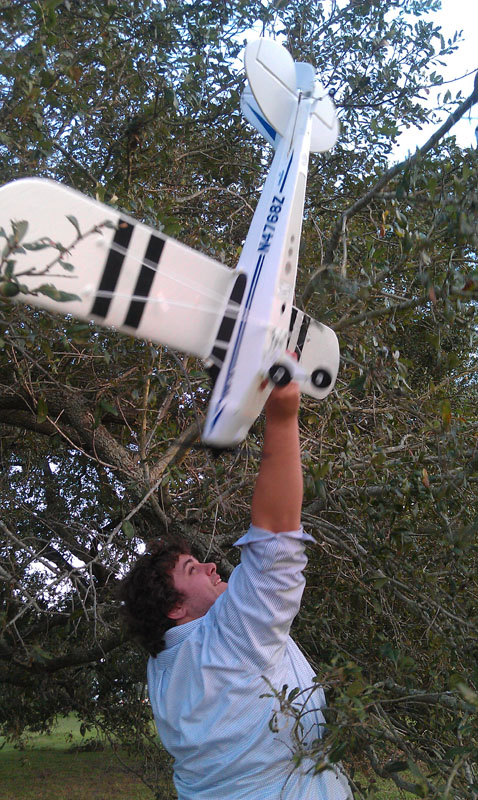 I’m surprised he was able to get it down. Luckily, it didn’t have a ton of damage either. 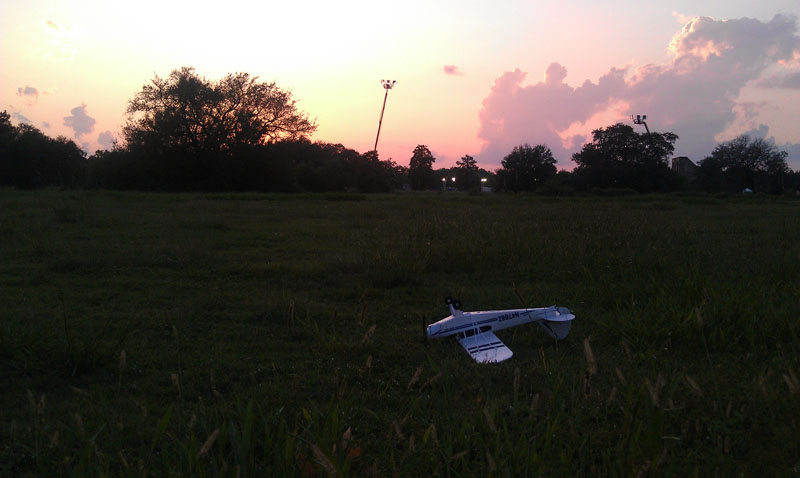 I think this is the best landing that he was able to pull off. Glad there weren’t any passengers on board. 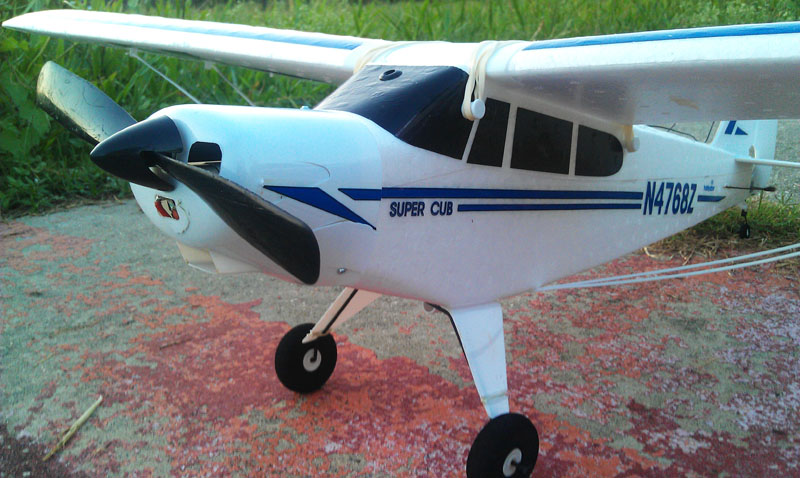 This is right before we left, you can see the cracked white side of the front nose part. Overall, not to bad for being wrecked ten times or so. I definitely think Drew won’t be pursuing flight school anytime soon. 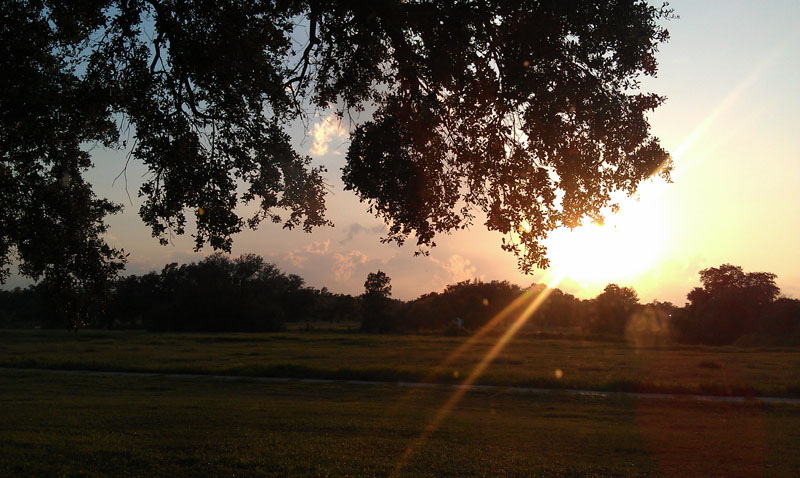 It was definitely a beautiful sunset in the park though. 🙂