And about every other day lately, thanks to Tropical Depression Lee. But that’s okay. It has been kind of relaxing actually. The rain is steady and peaceful and since its the weekend, I can stay nice and dry inside. It has also cooled the air down significantly, so it isn’t as stinking hot as it has been the rest of the summer. It feels nice outside actually. Plus, it has dampened down the marsh fire that was blowing smoke clouds all over New Orleans last week. 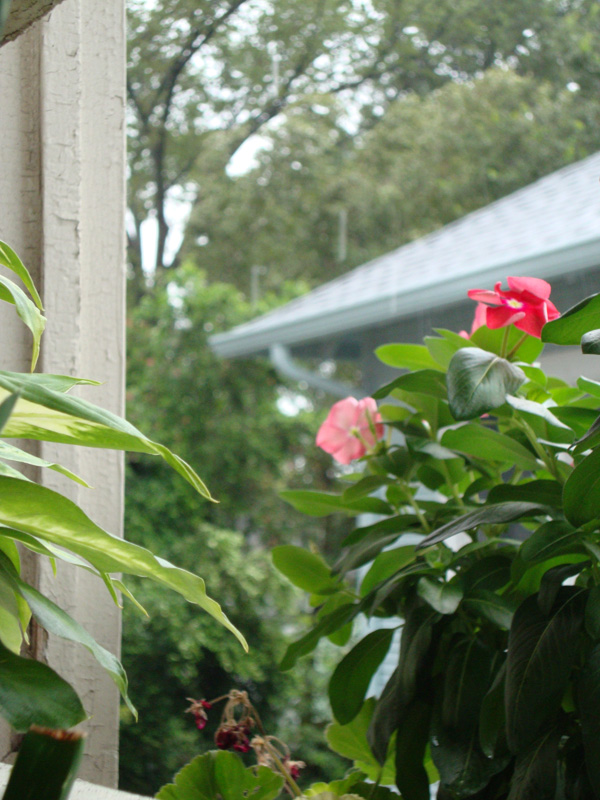 It was even nice and cool enough to open one of the windows over the kitchen table as we ate dinner. It let the hot air from cooking in the kitchen out and let in a nice breeze along with the pretty pitter patter of rain outside.

Today reminds me almost exactly of this post, with almost the same name. I’ve done all the laundry today, cleaned up the house, and made almost that same exact meal for dinner. Home fried chicken, mashed potatoes, my Mamaw’s gravy, fresh corn on the cob and Mamaw’s sweet iced tea. 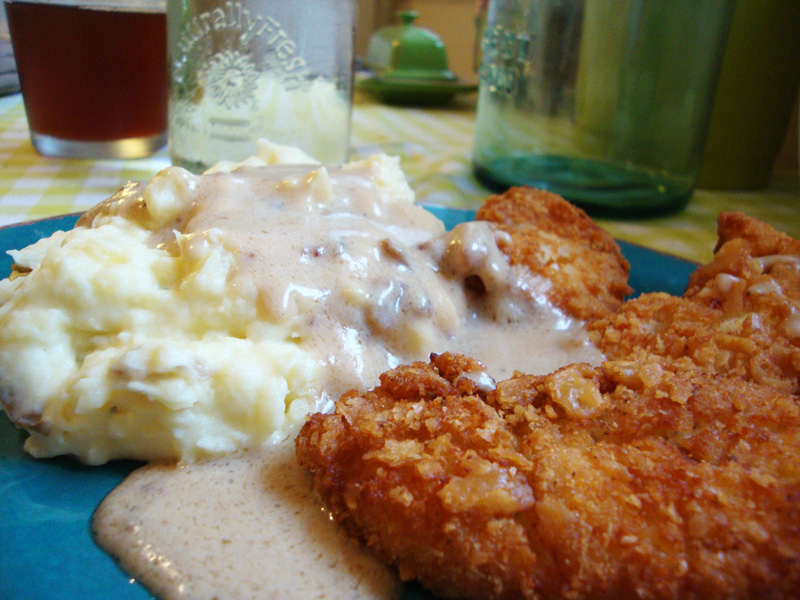 True to that post as well, I’ve been thinking a lot about my Mamaw lately too. Yesterday was the day that she passed away, 5 years ago. I still remember everything about that day and the days following it. My dad waking me up with wet, red eyes to tell me that my Mamaw had unexpectedly passed away in her sleep the night before, spending the weekend in disbelief, and shaking hands with every single person that entered the funeral home for her visitation and soaking up every story and sweet moment that they told me they had shared with her. I remember that the tears didn’t really come until the funeral itself. As soon as the words of “Smile Across the Room,” one of the songs that my Papaw had written for Mamaw years ago that we had someone sing, started, so did the tears. It hit me like a ton of bricks that she was really gone and I was going to spend every single day of the rest of my life without her. The hardest part for me, was even though I knew her soul was in a much better place and the body in front of me was just a shell of who she used to be, it still hurt knowing that as soon as they shut the lid of the casket, I would never see her face again.

I don’t however, remember the days preceding that very well. I don’t remember much really about the last time I saw her or anything significant about that day. She only lived right up the road from my house and I was at her house often, so I know I would have given lots of hugs and seen her not long before, but I still don’t remember much about it. I think we had all just been up there a few days before to celebrate my Papaw’s birthday with cake and ice cream and to visit my aunt who was in town for his birthday. We also were there to see Mamaw and Papaw’s new car that they had just gotten. I know we were there, but I can’t really picture how it all played out.

I read this the other day on one of the blogs I follow. It came at the perfect time and settled in my mind. Just like the woman she is talking about, the same applies to my Mamaw–her funeral was definitely a reflection of just some of the many, many people that she had an influence on in her life. Her legacy definitely lives on through hundreds of people that she influenced in her years on this earth.

As she says, “I felt the soft stirrings in my soul, sent from a higher realm.  The Heavenly feelings of peace and assurance, given by a merciful God who loves his children through this mortal experience. Life is miraculous.  Death is equally so.  The bringing of life into this world, and the taking of life from it, is the work of God.  I know it as I know my own hands.  I have felt it so powerfully, that I can’t deny it.”

18  I will not leave you comfortless:  I will come to you.
19  Yet a little while, and the world seeth me no more;  but ye see me;  because I live, ye shall live also.
25  These things have I spoken unto you, being yet present with you.
26  But the Comforter, which is the Holy Ghost, whom the Father will send in my name, he shall teach you all things, and bring all things to your remembrance, whatsoever I have said unto you.
27  Peace I leave with you, my peace I give unto you;  not as the world giveth, give I unto you.  Let not your heart be troubled, neither let it be afraid.
–John 14

Lots of rain and reflection this weekend.

More about my Mamaw, here.