Today has been a ridiculously busy day. We had about a thousand errands to run and have been rushing around non-stop. It was very productive though. Mainly because we got one thing done that we’ve been needing to do for months. We took our engagement pictures! How lovely and exhausting at the same time! Today was a beautiful day and we knew that we were going to be too busy to do it for about another month if we didn’t do it today, so we finally gave in and got them done! (Plus I think that watching the Royal Wedding this morning got me in the lets-get-wedding-planning mood!) I hinted around about them before, here and here.

I still have lots of editing to do. Lots of sun spots and people and cars to remove and lighting and coloring to edit. So it might be a while before I have them ready to show. Mainly because for the next several days, I am going to be doing nothing but studying for final exams. But I will leave you with this one little sneak peak: 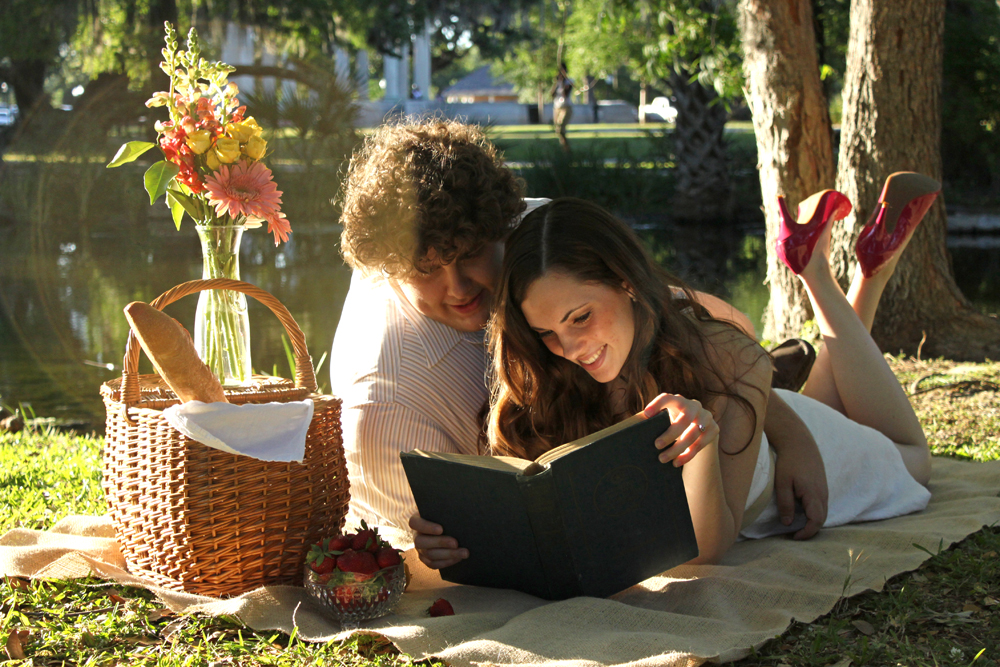 I was somewhat irritated during the whole thing because there were a bunch of rude people in the park that saw us taking pictures and refused to move and get out of the shot. I wanted to push them in the creek. It made me so mad. It takes a lot of work to get all the stuff together for these pictures. But anyway, when I look through them and see at least a few that captured the moment perfectly, it makes it all worth it. 🙂

I hope to share the rest with you soon!