I haven’t posted much of anything about our bedroom since I very first shared the pictures of our apartment after moving in, here. We’ve done little updates in there, but not not much at all until this weekend when our family was visiting. We finally got around to tackling a project that we had literally been meaning to do for years.

The first year that we lived in New Orleans, now two and a half years ago, Drew and I were brainstorming ideas for decorating his studio apartment when he decided he thought it would be neat to turn an old door into a headboard for his bed. I didn’t know of anyone who had done this before, but after doing a quick search online, it was easy to find pictures of this being done about a million different ways. That weekend we made a trip to a local flea market where we immediately saw the perfect, old, solid wood door for our headboard. We got the guy to sell it to us for $15. We strapped it into the back of Drew’s then tiny car and I held onto it from the front seat the whole way home.

Then it sat in Drew’s apartment for the rest of that year, sat in a storage building in New Orleans with the rest of Drew’s stuff for the entire summer, sat in Drew’s apartment again all last year and made the trek with us to our new apartment when we moved in last spring. Since then, it has just been sitting in our bedroom propped up against the wall. It was high time we got to work on making it function for more than just taking up space.

The only thing we had done to it was last Fall, we did take it outside Drew’s old apartment, borrowed sawhorses from his landlords, and had Drew’s mom bring down a small circular saw when she came to visit and we cut part of the end off of it. We trimmed down the floor end of the door to match the same width of the design as the top of the door. That way there was an even amount of space between each of the panels in the design of the door. I also took sandpaper and lightly sanded down any rough places and scrubbed it clean.

This weekend Drew and his dad made a quick trip to Lowe’s and spent only $10.81 in the rest of the supplies we needed to complete the project– a few boards and a couple bolts and screws. It took less than an hour to put the thing together. Silly after waiting almost three years to do it, huh? 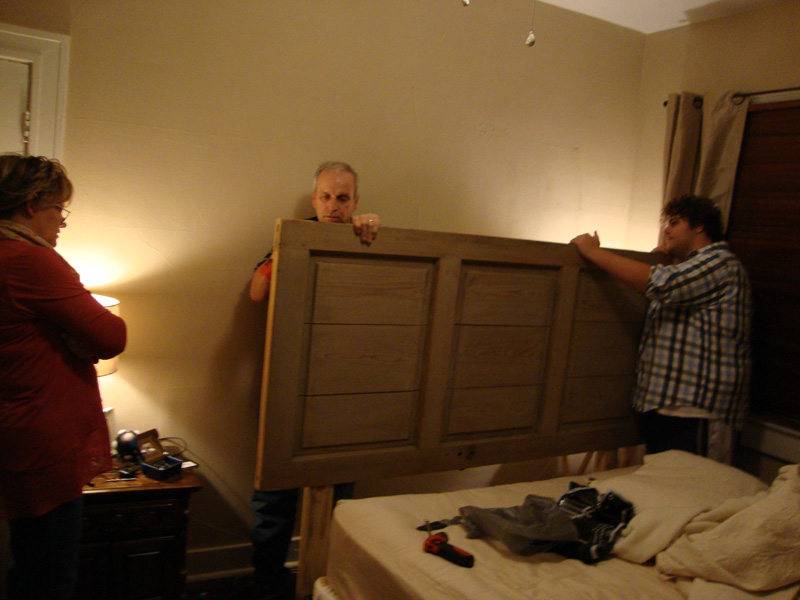 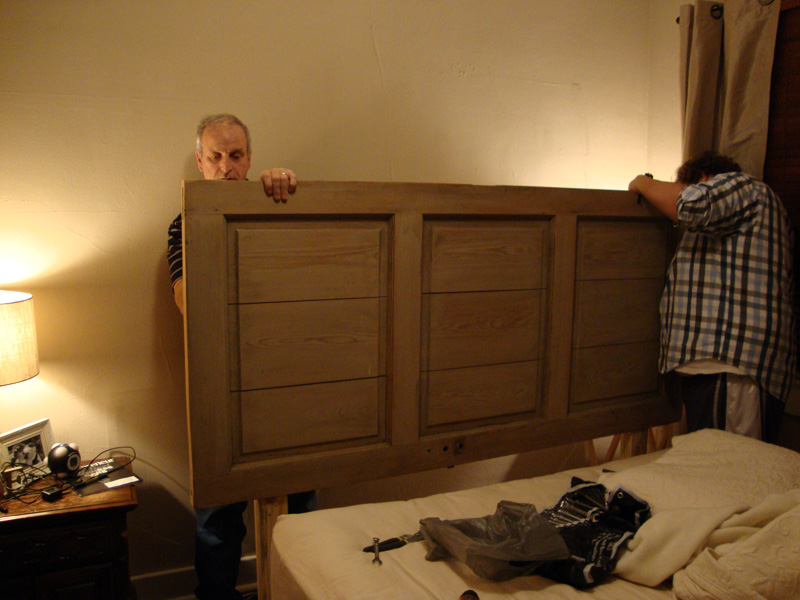 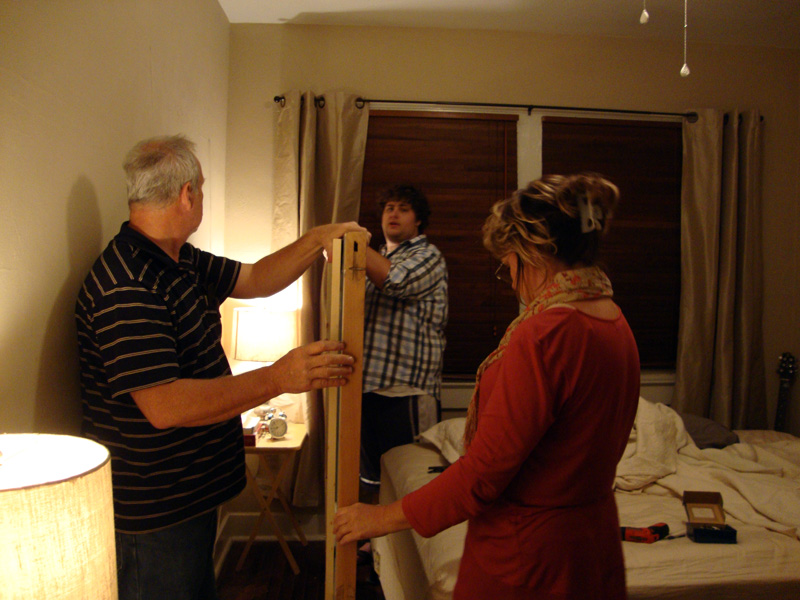 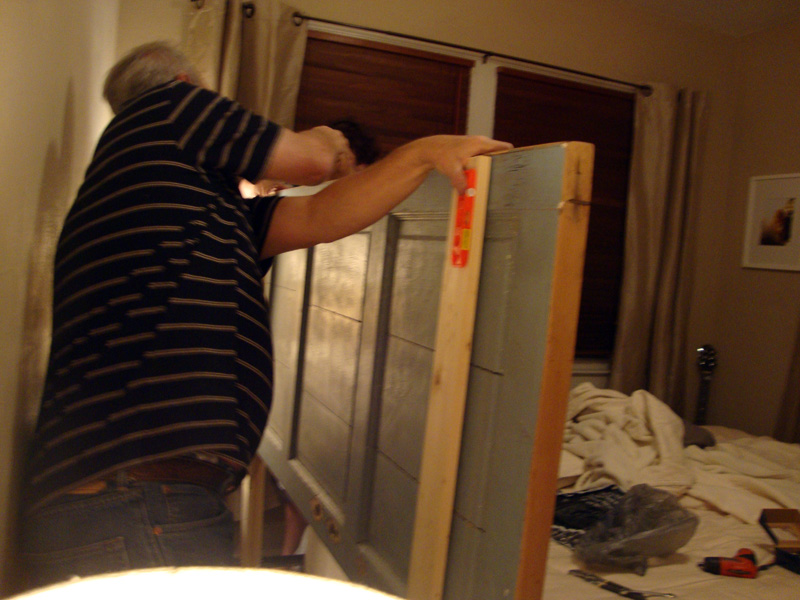 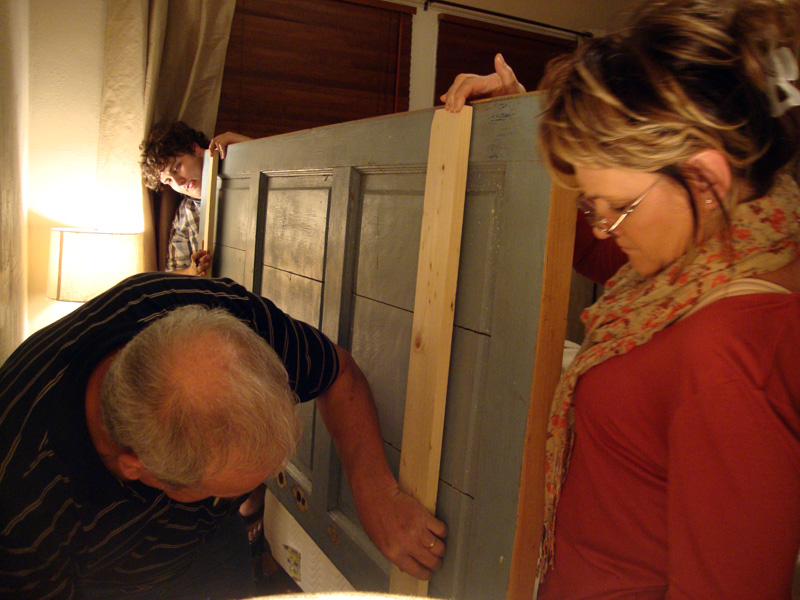 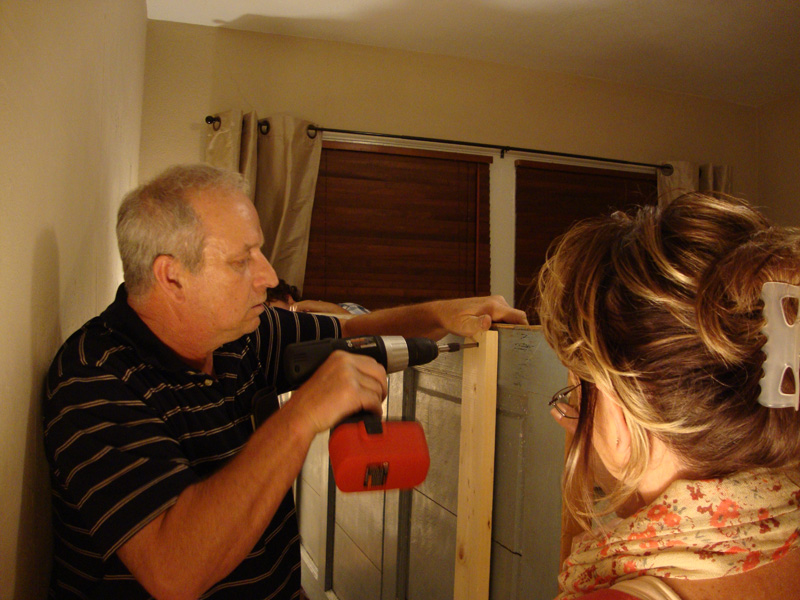 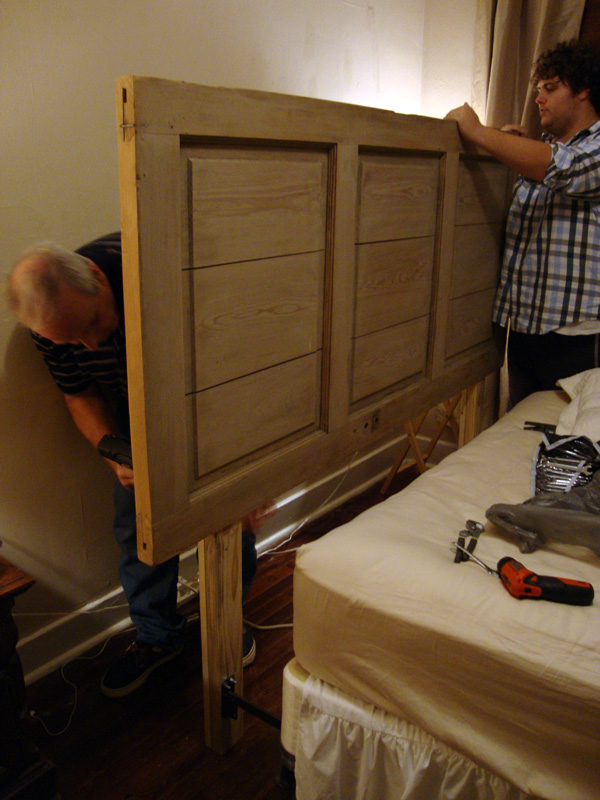 Basically, they took two 2×4’s and cut them to fit from the floor to the height that I wanted the bottom of the headboard to be. They then bolted those into the basic metal bedframe that we already had. The door rested on top of those and then they used two 1×4’s to go from the floor to right below the top of the door and screwed those into the existing 2×4’s and also the door itself. The door was really heavy, so we wanted to make sure there was a lot of support for it, that is why we rested it on the 2×4’s. It worked really well and seems to be really sturdy.

This is what it looked like once they were done: 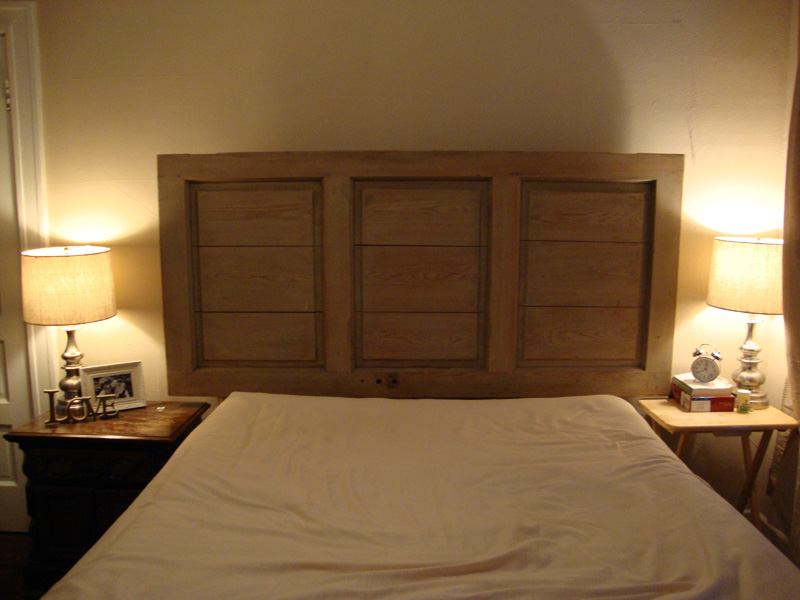 I had them put the part of the door that had the handle on it on the bottom, so that it would be covered up with pillows and wouldn’t be noticeable. Even though getting new side tables that match is on our to-do list, it worked out perfectly that both of the tables we have now fit perfectly under the slight overhang from the door on each side of the bed. We’ll know when looking for new ones to get ones that are under 26 inches or so. 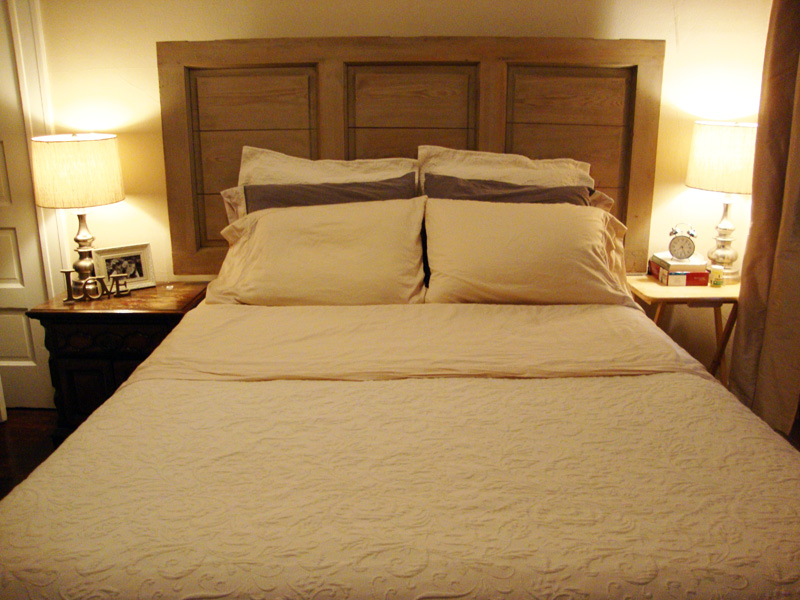 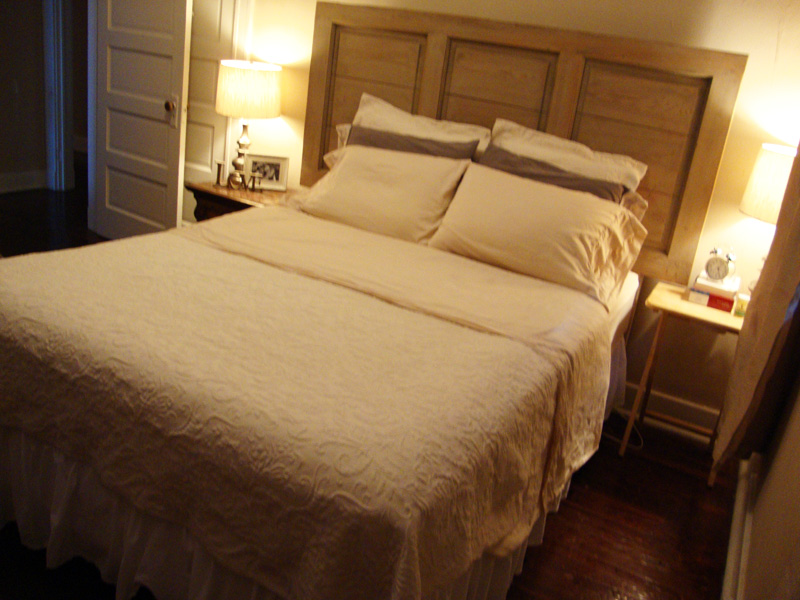 I really like it. I think it adds so much character to the room. Especially for only about $25 and just a little bit of time. I debated a lot on whether to paint it or leave it natural. I even bought paint a couple years ago right after we got it to paint it with but just never got around to doing it. I’ve developed a greater love for the character in natural wood since then. I especially like the weathered look of this wood. It adds to its history and charm. 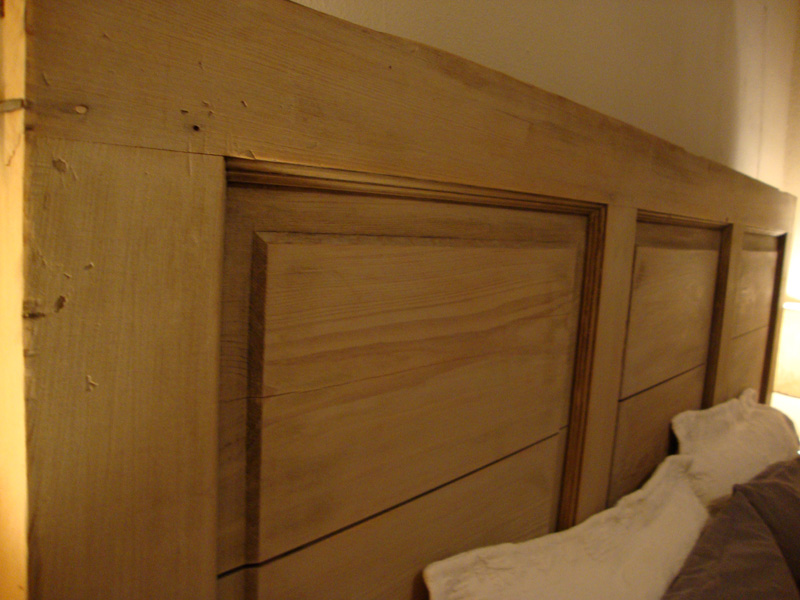 I might change my mind after we get new side tables and pick out bedding, but for now it is staying like it is. I also considering adding crown molding to the top as well to make it look more like a headboard, so in the future it might get a makeover. However, for now, I just can’t believe that we actually finished this project and got this door up off the floor!

Have any of you ever gotten creative with an old door? There are lots of artists in Jackson Square in New Orleans that use old doors as canvas for their paintings. Any other creative headboard ideas? 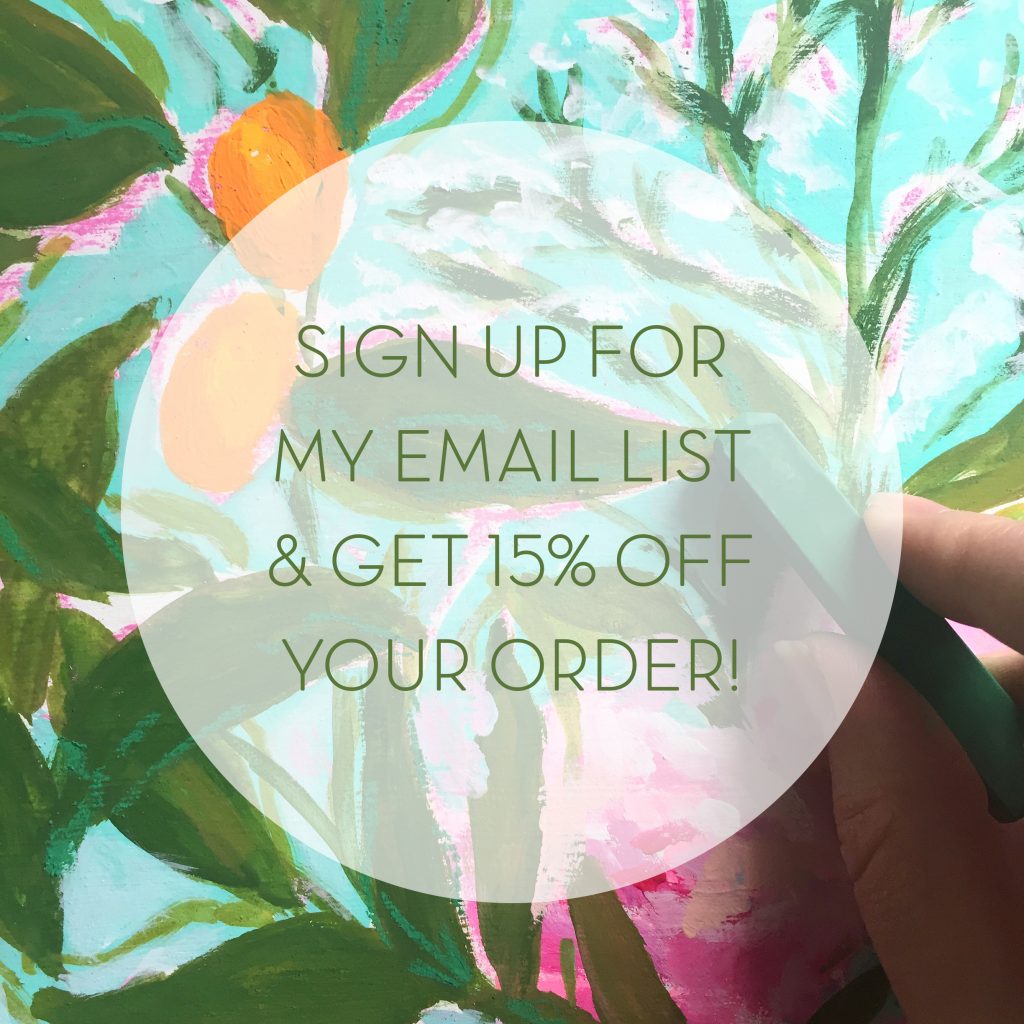