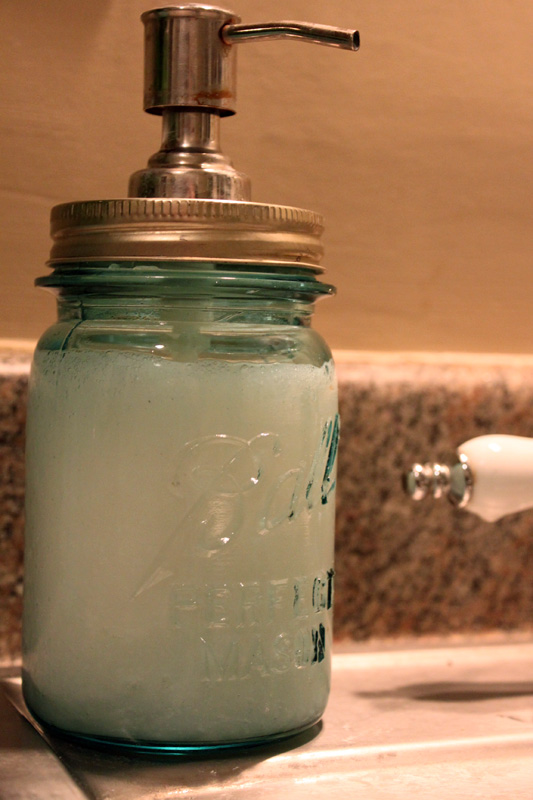 After making our DIY Liquid Soap, I decided that our kitchen could use a new soap dispenser to hold our soap in. Our old one was looking pretty raggedy. 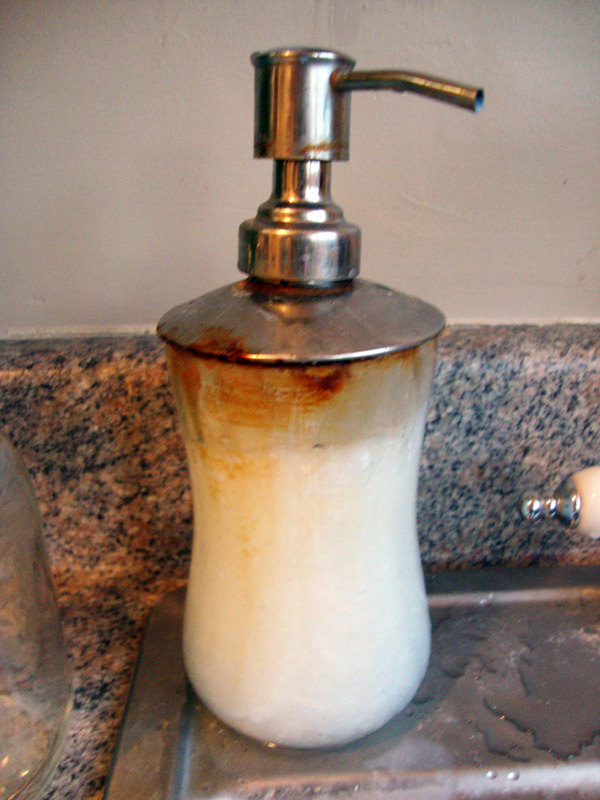 Gross, right? I have no idea why the glass was getting all rusty. The whole top part had broken apart and was just all disgusting looking. I saved the actual dispenser pump part for my new soap dispenser, but threw out/recycled the rest of this old mess.

Instead I brought out this beauty. (and excuse the flour mess all over the counter. We had just made homemade tortillas. yum!) 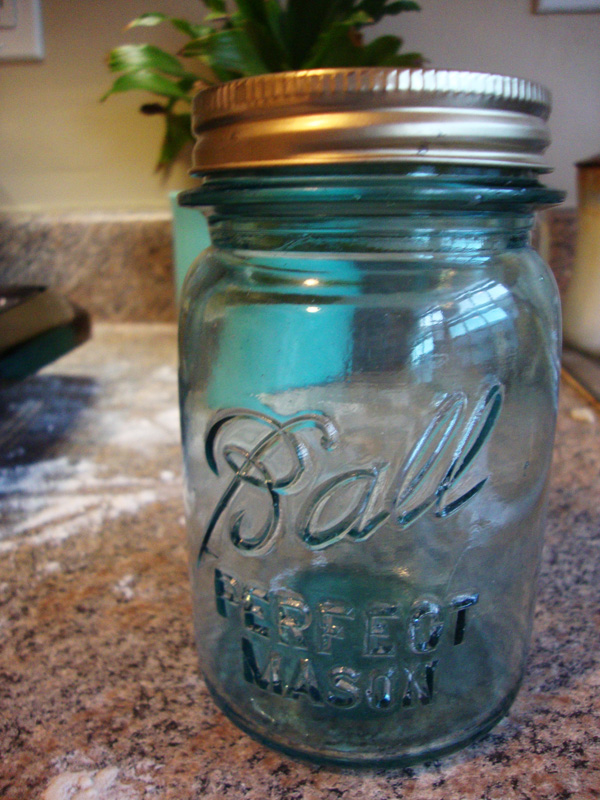 The actual jar is an antique blue mason jar, but I used a newer lid, so I didn’t destroy anything antique. I think this lid was actually one from my sister’s canned tomatoes she gave us last summer. 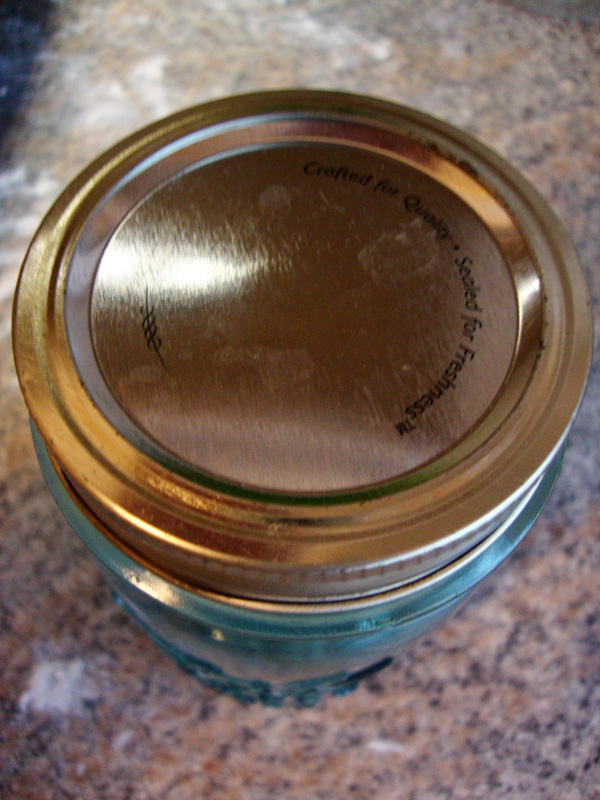 For the soap dispenser part of this project, I just cleaned up and re-used the pump from my old soap dispenser. However, if you don’t have an old one to re-use, I’ve heard that you can find just the pump parts online or perhaps look at a thrift store for an old one you could re-purpose. 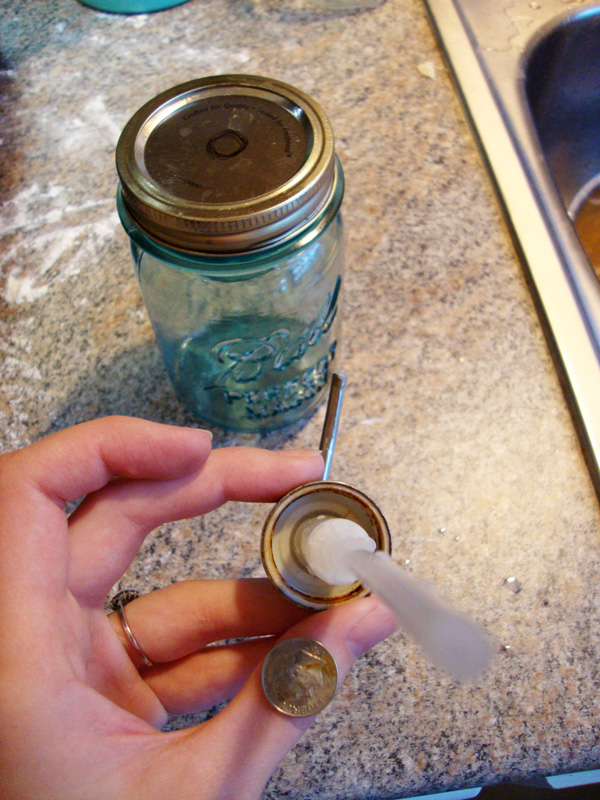 The opening I needed in my jar lid was roughly the size of a dime, so I used a dime to draw a circle on the lid of my jar. 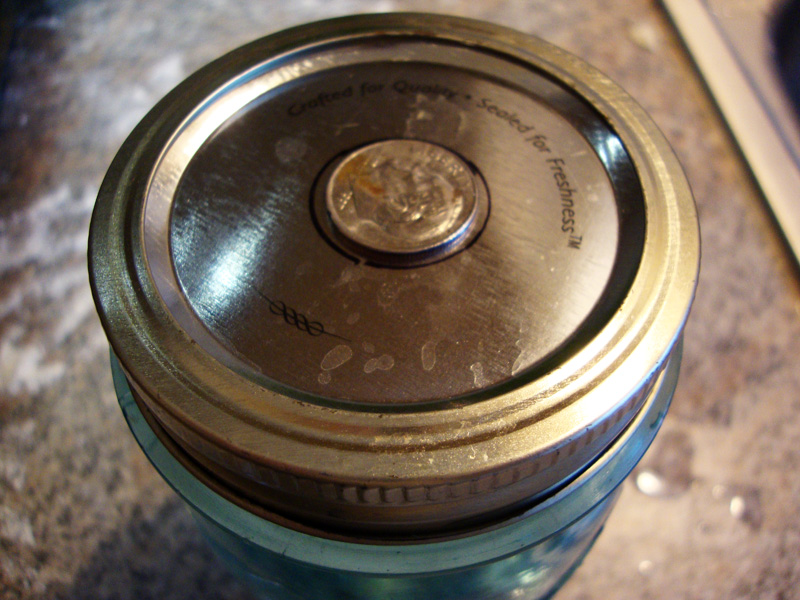 Then Drew drilled a hole through the center of the marked circle. 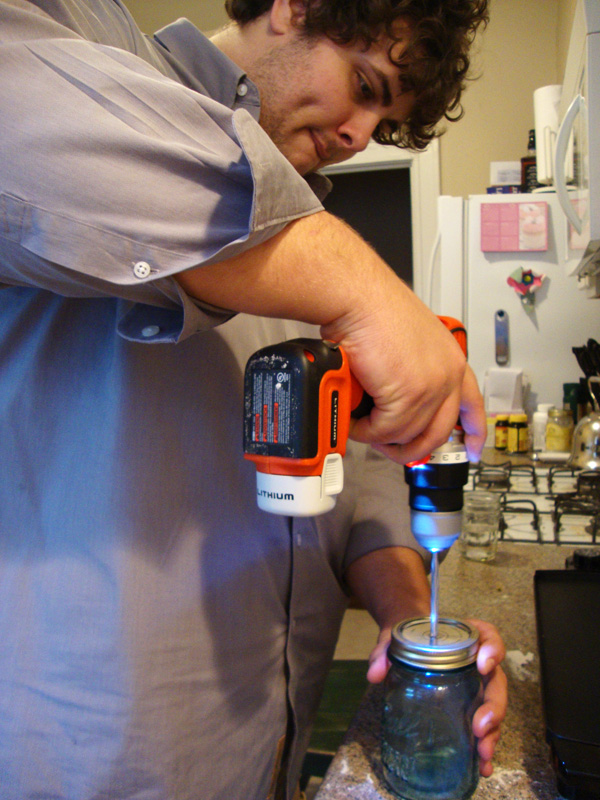 Then he used sidecuts to cut the opening a little wider. 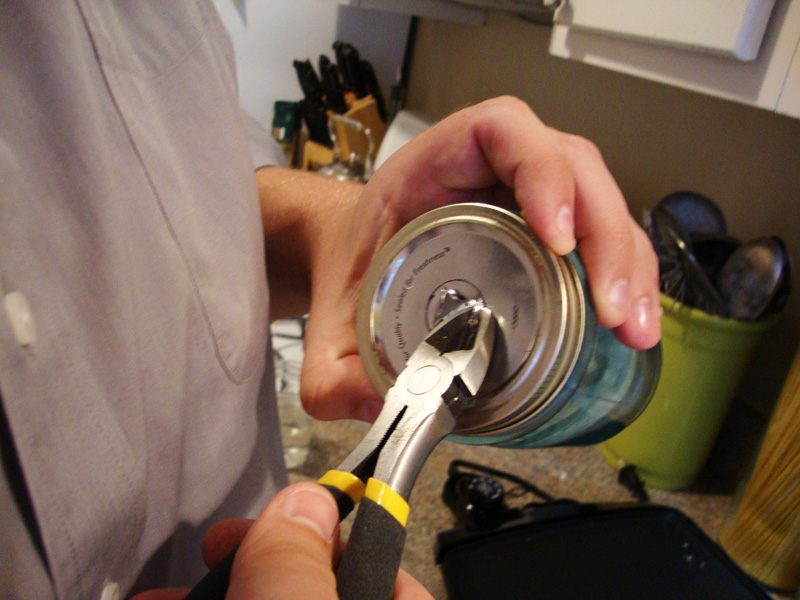 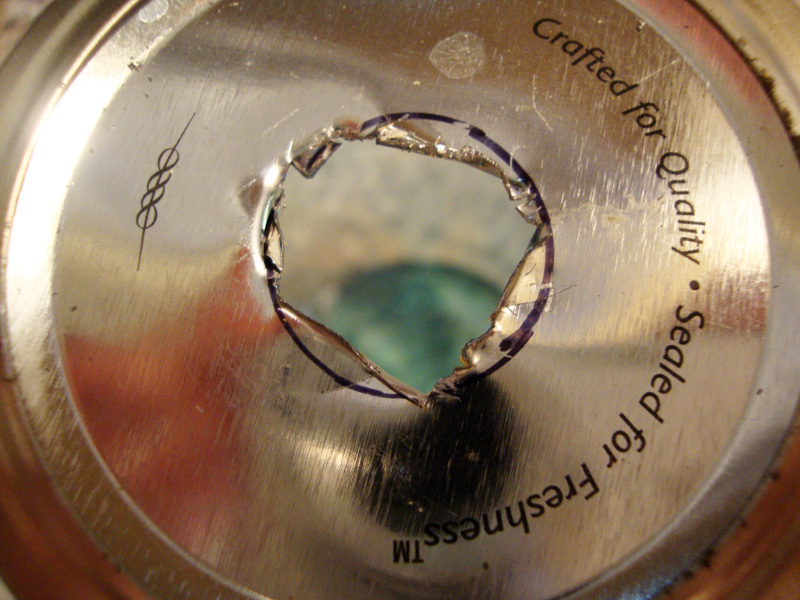 He used the drill bit again to slightly shave off the sharpest parts of the edges as well. It isn’t the prettiest opening, but it doesn’t really matter since this part gets covered up anyway. If you have a bigger round bit for your drill that would actually work better, but we didn’t, so we were making due with what we had.

Superglue your pump onto your mason jar lid, let it dry, then fill with soap and you are done!

One tip for the superglue process though: don’t let anyone do this step that isn’t a perfectionist. Drew did this step when I wasn’t supervising and approving and he somehow got superglue all over the top of the jar and it turns slightly white and is really noticeable. (as seen below) So make sure you are careful when you apply your superglue so that it doesn’t show in the end! 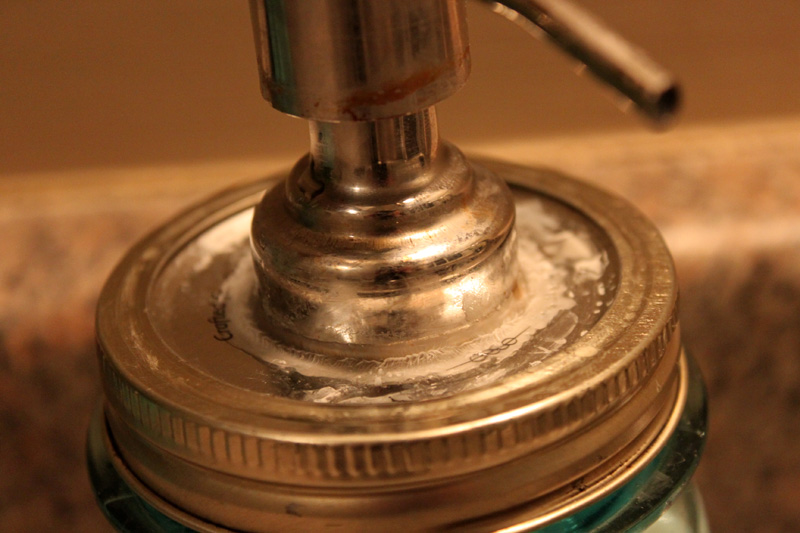 Other than that, it looks really great in our kitchen: 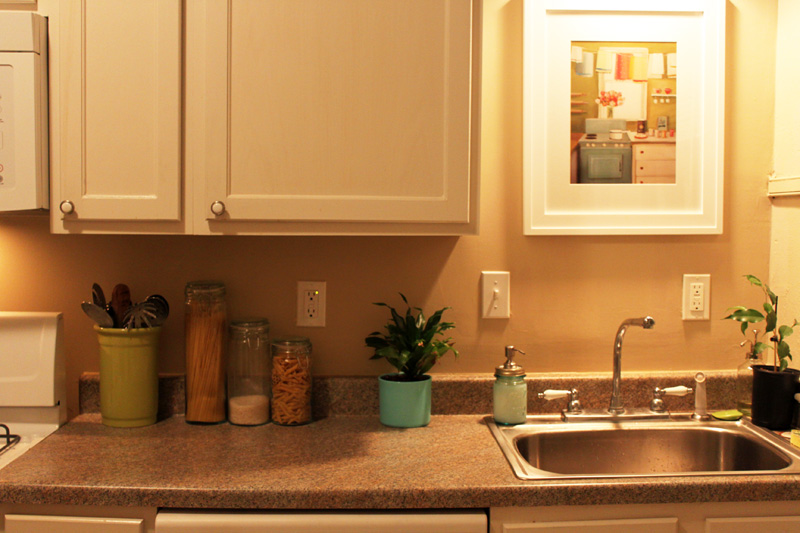 I love that the blue jar goes well with the blue colors in the print above the sink area. 🙂