Today, I ended up starting on two of the things on my 20 before 20 list.

3. try cooking new things with new ingredients (I think we might pick at least 1 new recipe a week)

16. work on decorating Drew’s apartment so it feels more “homey”

We set out to shop for new sheets for Drew’s bed. He has some gray ones that I bought him last year, but I thought that he needed an extra set. Especially because he always forgets to take the sheets to the laundromat when he washes his clothes.  So we went shopping and found some creamy colored ones that I liked. They are a bit satiny and really soft. They also match his bedspread better than the gray ones did. Plus they weren’t super expensive, but were still Ralph Lauren. While shopping, I saw these two matching bedside table lamps that I really, really liked. I tried to ignore them and walk on past. But they were just so lovely. We didn’t really need bedside table lamps for another year and a half, until we are married and it becomes our bedroom instead of his. However, we are trying to slowly collect things for our house together now, because after paying for a wedding, we aren’t going to have any money to spend on household items. So anyway, I debated and debated about the lamps, but I really wanted them. They weren’t actually as expensive as I thought that they would be and I figured it was better for us to get them now, because you can never find what you are looking for right when you need it. So now we are the happy owners of two matching lamps that look like this: 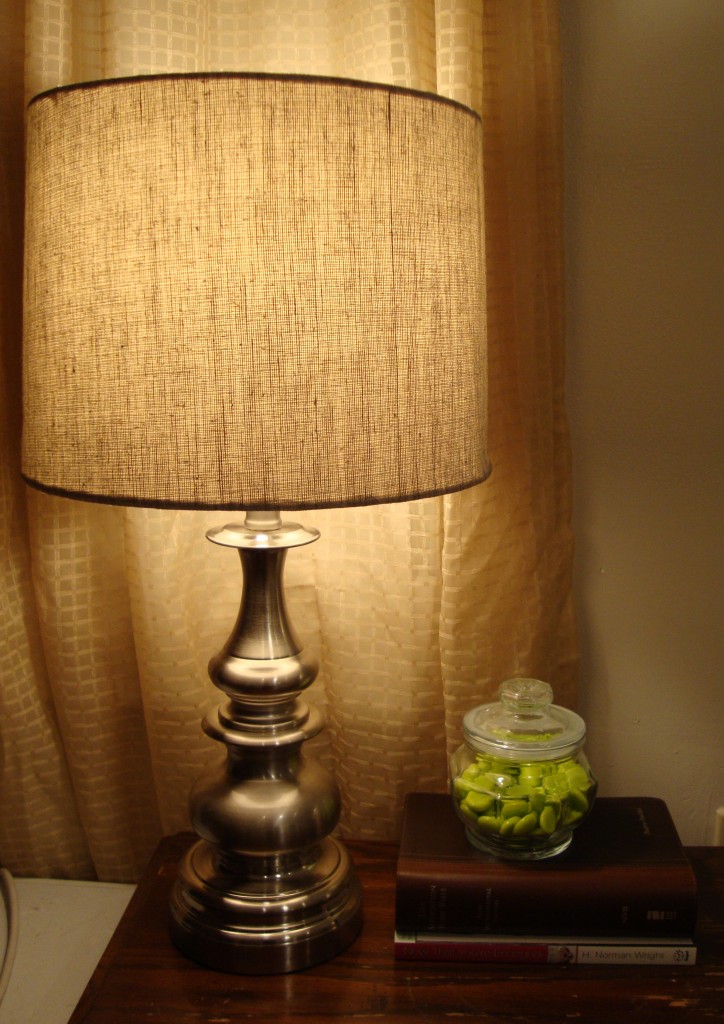 I’m trying to figure out the perfect mix of my style and his for our future house. He is a big fan of modern. But classic too. My tastes are somewhat similar, although a little less modern. More elegant/classic/country/with a little modern. I don’t really know how to describe it. In my dorm room, I have a lot of bright colors and quite a bit of pink. I’m trying to figure out what styles, colors, and patterns to choose to accommodate a boy. Although Drew isn’t all that picky. I could probably put anything I wanted in our house. But I like these lamps for several reasons. I like their curvy bases. I like the stainless steel. I like that they seem durable. I’m also a big fan of textured lampshades.  To me, I think it is a good balance of classy with a modern feel. Plus, as neutral as they may seem, they gave me inspiration for our bedroom color palette and style. 🙂

Anyway, next we will have to get bedside tables. 🙂

Once we got home and got our lamps set up, I sent Drew to the laundromat to wash the new sheets and I set about cooking dinner. I’ve been wanting to start cooking new things, because we get to where we make the same things that we like over and over. I was looking through one of my cookbooks the other day and saw a recipe for cheese-stuffed chicken breasts that sounded good. I didn’t really follow the recipe because it was for 6 chicken breasts and I definitely wasn’t making that many for just us two. So I sort-of improvised it all, like I usually do, but it turned out great! 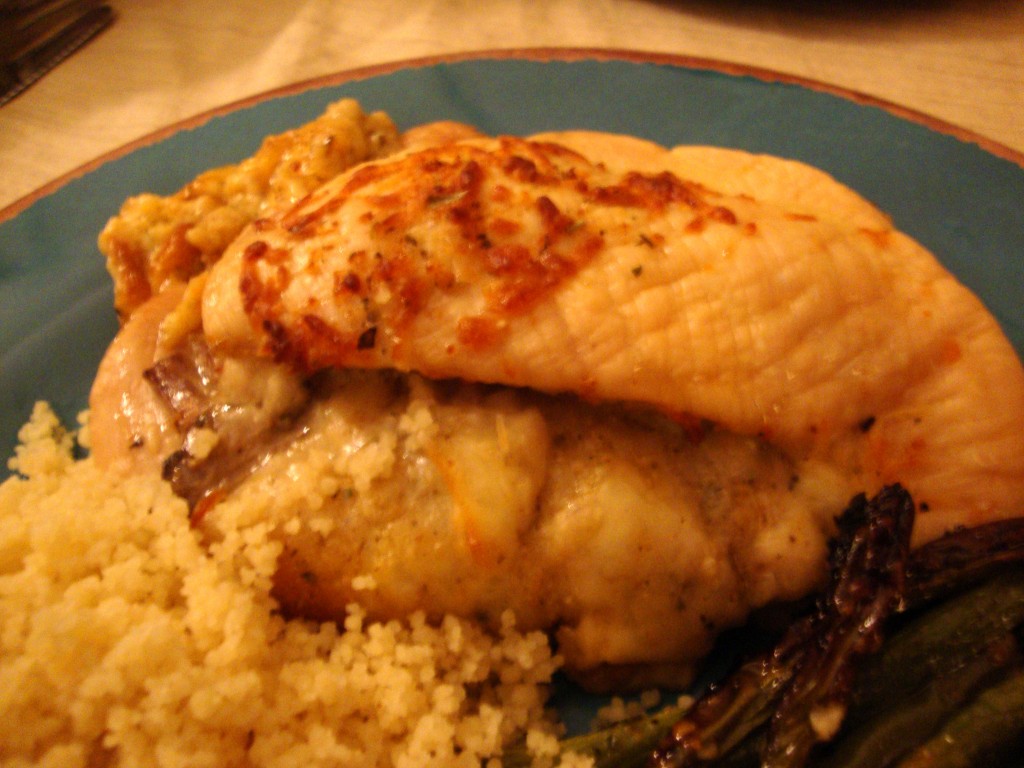 I took two chicken breasts and sliced them in half far enough to have room to stuff them. I sliced several small mushrooms and sauteed them in a skillet with a little olive oil. In a small bowl, I mixed together part of a bag of grated cheeses (mozzarella, provolone, parmesan, romano, fontina, asiago) and a little muenster cheese we had with some garlic, salt, and herbs. I stuffed the mushrooms and the cheese mixture into the chicken. I put them in a rectangular baking dish with a little olive oil and some fresh green beans to bake in the oven at 375 degrees for 45-55 minutes. I also made a little couscous to accompany it. I would have to say though that the green beans cooked a little too long in there with the chicken, so next time I might add those into the oven after the chicken had cooked for a little bit. Other than that, it turned out pretty great! 🙂

I’m happy to have started on my 20 before 20 list. Drew’s apartment is looking a little more “homey” and although I didn’t use new ingredients, I did make something new for dinner this week. 🙂