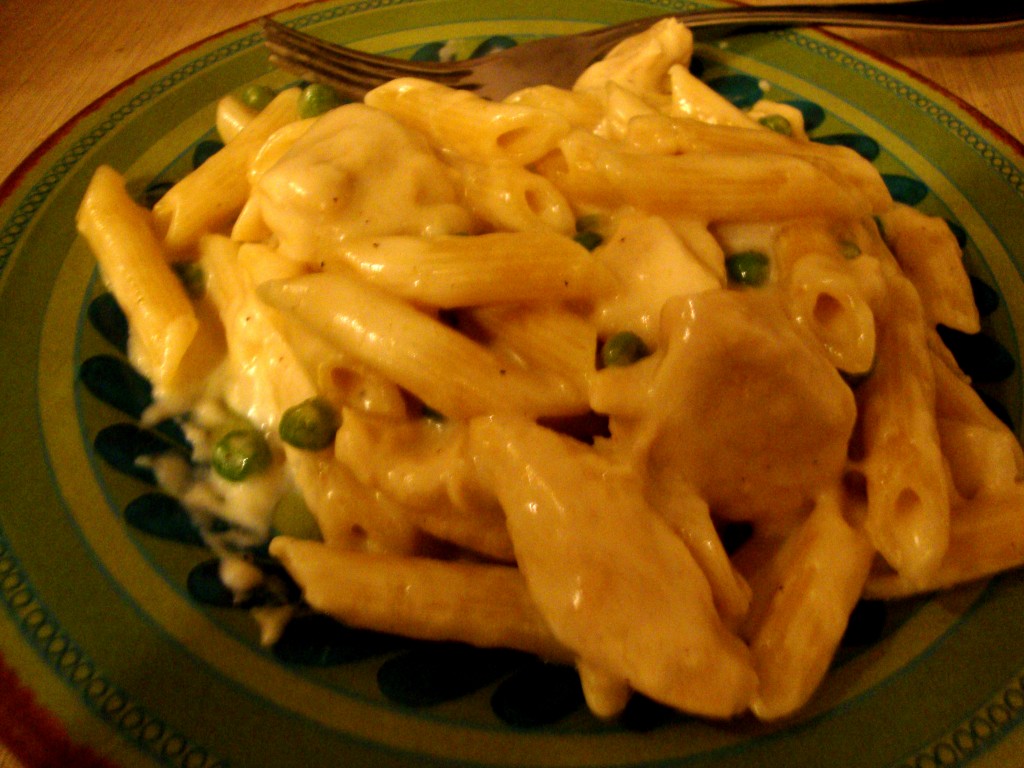 Goodness, it seems like the majority of the posts I’ve made recently have mostly been about cooking! I’ve always liked to cook, but this year it seems that I’ve really developed a passion for it. I spend my days planning out ideas for dinner!

For me, I don’t know what isn’t to love about cooking. It relieves my stress from school by giving me an hour or so that I don’t have to think about homework or school at all and it produces something tasty! It is an art form without all the pressure. Plus, it is pretty easy and quick to cook for just two people. I really don’t like going out to eat actually. I don’t like not knowing what is in my food or who prepared it. I like that when I cook at home, I pick out all the ingredients myself and can make it as healthy as possible. I also really like the challenge of cooking. I like to try to figure out what I can make with the things that we already have, without having to go to the grocery store to get anything else. It forces me to make things that I wouldn’t have thought about before. It also allows me to be more economical, and stretch our food supply as far as it will take us. Walking into a kitchen is like walking into a restaurant without a menu, you can make anything you want!

So anyway, last night we should have eaten some more of the beef stew leftovers that we have, but I wanted something different. Something cheesy sounded good. My first thought was to make some kind of a cheesy chicken casserole with biscuits on top. That sounded really good! (also really not so healthy) I didn’t have a recipe, but I like it best that way. We had a package of chicken tenderloins in the fridge, so I cut some of those into cubes and put them in a skillet with a little olive oil. As they browned, I added in a little salt, chicken seasoning, and some onions. (Whenever I get onions from the store, I cut them up into small pieces and put them in a Ziploc bag in the freezer to use as we need them)

Now, what to do about the sauce? If I was making the casserole, I would have gone along the lines of cream of chicken soup, but that didn’t really sound good. So I went to the fridge for inspiration. We had milk and a little bit of heavy whipping cream left from when Drew make Chicken Tetrazzini for dinner last Wednesday. (It was really good!) Seeing also that we had Parmesan cheese as well, I decided to go for a more Alfredo cheesy sauce.

Leaving the chicken in the pan, I added a little flour and let that brown for a minute or two. Then I added in a little heavy whipping cream, stirred and it started to thicken. I added in a little milk and stirred until it was the consistency that I wanted. I salted and peppered it and cut open a lemon we had and squeezed in a little lemon juice. Mmm, tasty so far!

So what else does it need? How about some Penne pasta and the rest of the bag of frozen peas? I added in the peas, then cooked the pasta, and added it to the sauce as well. I gave it one last stir, and voila, dinner is ready. 🙂

It turned out really, really good. Maybe not the healthiest dinner, but a tasty one! Pretty quick and easy too!