Guess what we had for dinner last night, tonight, and probably every other night this week? 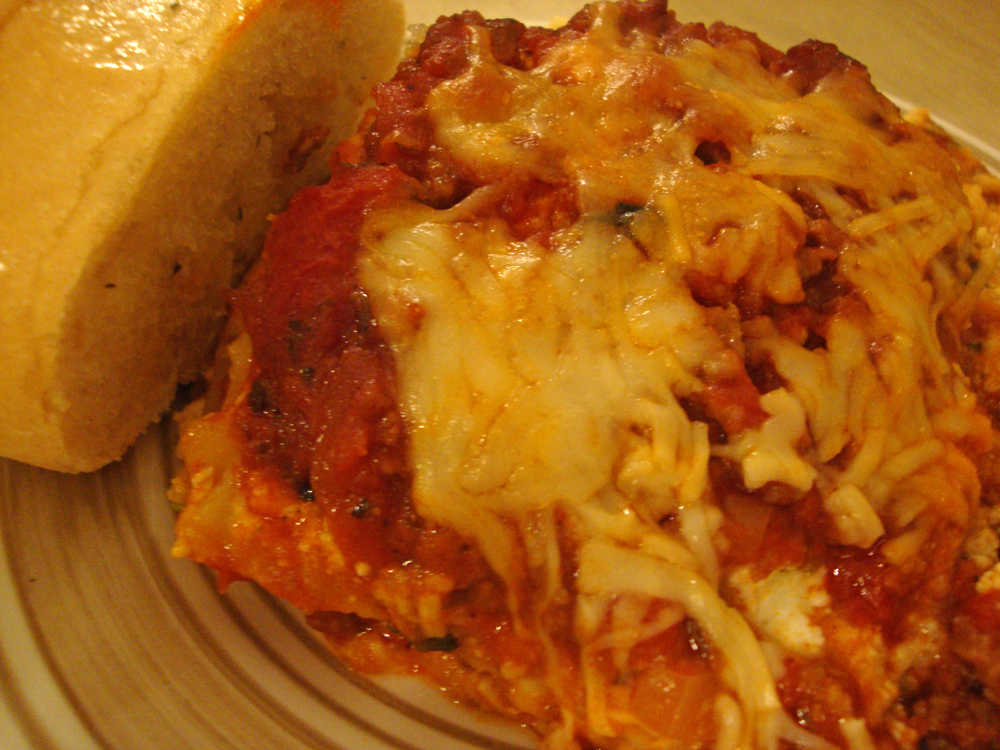 Lasagna! It was really good, but I think I may be tired of it now. It made SO much for just two people! (Enough for 12 people to be exact–or at least that is what the recipe said.) I would definitely recommend the recipe though. I used this recipe. I saw the same recipe there and again on one of the blogs that I read, so apparently many agree that it is the world’s best lasagna or something like that.

A month or so ago, we went to Vincent’s Italian Restaurant and it was the best Italian food I’ve ever had! It was not your typical overcooked spaghetti and faux-Italian meals. It was really, really good. I had the Italian Chicken soup and the House Specialty– Canneloni (Homemade pasta stuffed with ground baby veal, pureéd spinach and Parmesan cheese baked on a bed of Alfredo cream and topped with a light red sauce) and Drew had the Lasagna and a salad. It was served with hot bread and garlic butter. Everything was great and the service and atmosphere were the best of any restaurant I think I’ve ever been to.

The only downside is that it was a little more expensive than most restaurants that we would go to on a normal day. It wasn’t that bad, just something that we could only afford every so often. Since we went the last time, Drew and I have both been wanting Italian food really bad. We even thought about going to Vincent’s last Monday, but they happened to be closed on Mondays.

I told Drew that we could make our own lasagna, although he doubted it would be as good as theirs. It is a really simple recipe, it just takes a little while because the sauce has to cook for 1 1/2 hours. We also made roasted garlic butter to go on our warmed french bread as well. It was pretty tasty! The atmosphere, presentation, and service at home wasn’t as good as Vincent’s, but I would have to say that our lasagna turned out just as good, if not better! (Plus it made a whole lot more for the price!)

If you live in the New Orleans area and are interested in some leftovers, let me know. 😉