I never really ate tortillas much as a kid. I never really liked the taste of the store-bought ones. When we had taco nights, I would just mix up all my taco toppings and pick them up with tortilla chips and skip the flour tortilla.

Last summer when I was shopping at our local grocery store in New Orleans, I noticed that our grocery store sold homemade tortillas in the bakery section. I bought some and after trying those, I changed my opinion on flour tortillas. They were really tasty! Then of course, it occurred to me that I could make them at home myself and they would be even better! So I tried that. Now, I am officially addicted to homemade flour tortillas. Seriously. We’ve made them three times in the last few weeks. (and this recipe makes 12 and there are just 2 of us!) 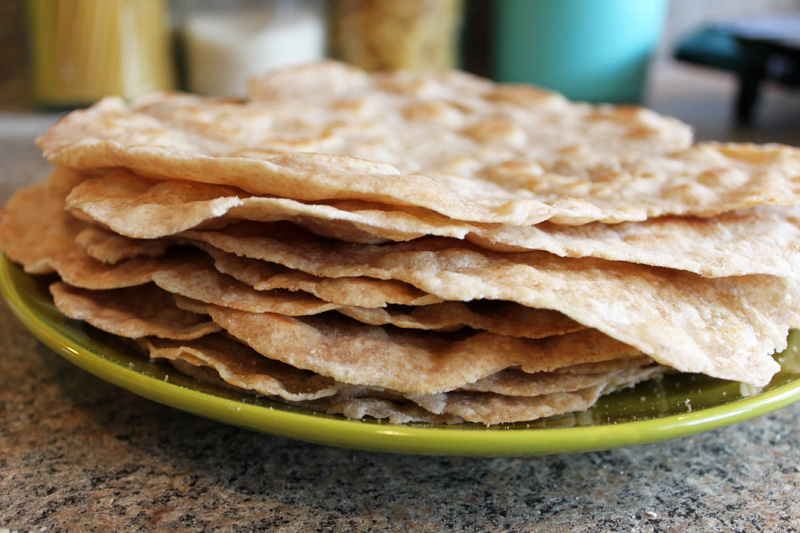 You should definitely try this recipe! These are amazing!

In a large bowl, blend the flour and shortening until the mixture resembles fine meal.

Divide the dough into 12 equally-sized pieces and roll each into a ball. Coat each ball with a thin coat of flour.

Roll each ball into a thin 8 inch round, as thin as you can get ‘em — this keeps them soft and pliable once they’re cooked. After you roll them out, you can take an 8” salad plate, turn it upside down on top of the circles, and cut off any excess around the edges. Voila! Perfect circles. Or if you don’t care if they are perfect or not, just leave them as is.

Cook each round in a heavy non-stick pan over medium-high heat, flipping once, until puffed and golden on both sides, about 3-5 minutes per tortilla. Or if you have a flat electric griddle, that works perfectly and you can cook 2 at a time.

Careful not to cook them too long or they will get crunchy and will break when you try to stuff them. (Although they will still taste delicious)

Here are step-by-step photos of the process as well: 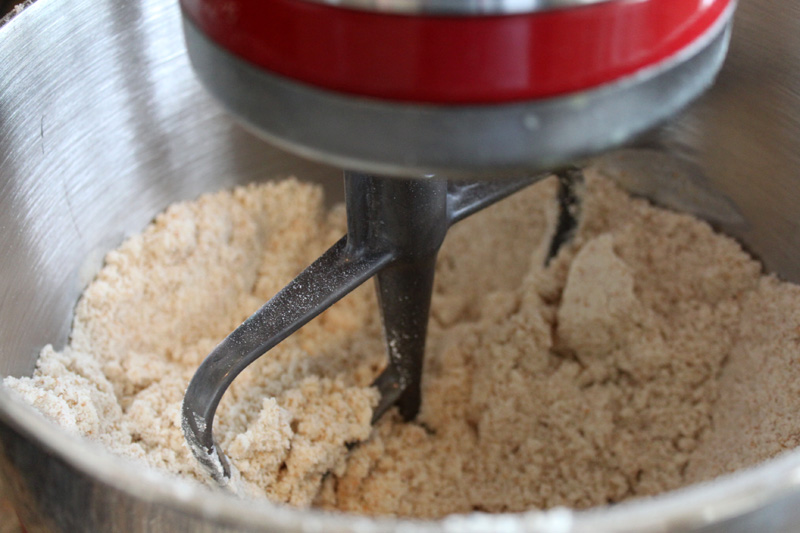 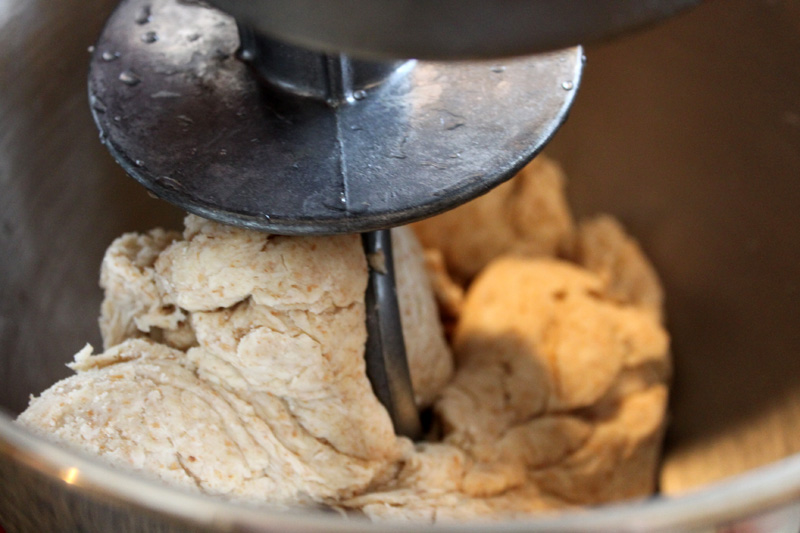 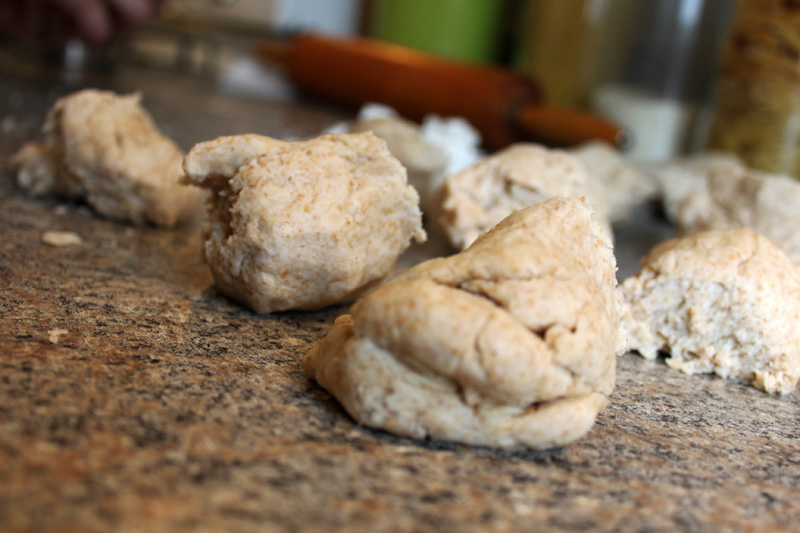 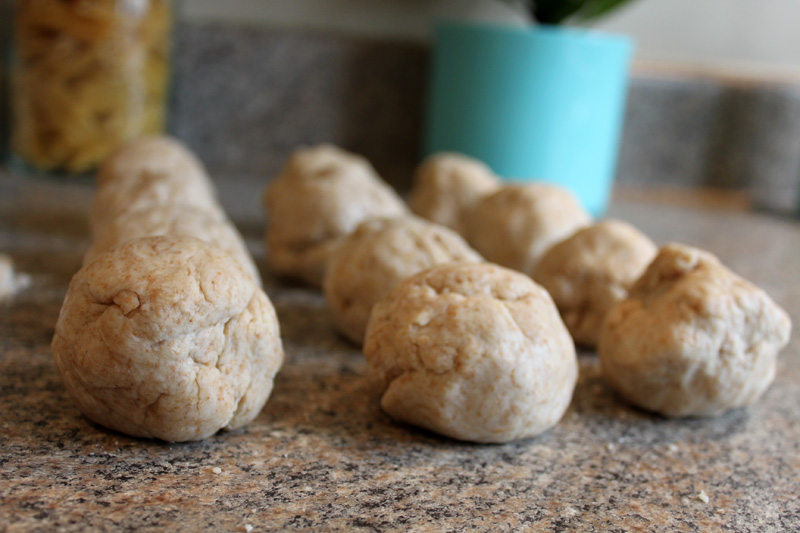 then roll those into balls. 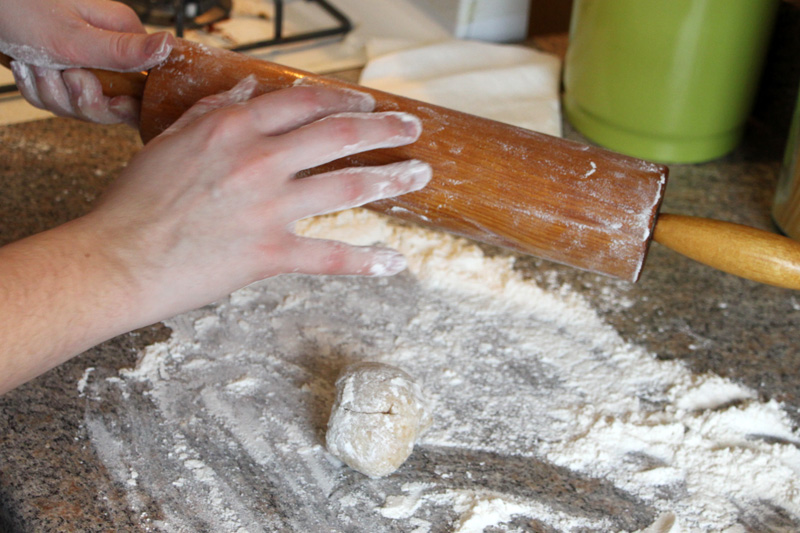 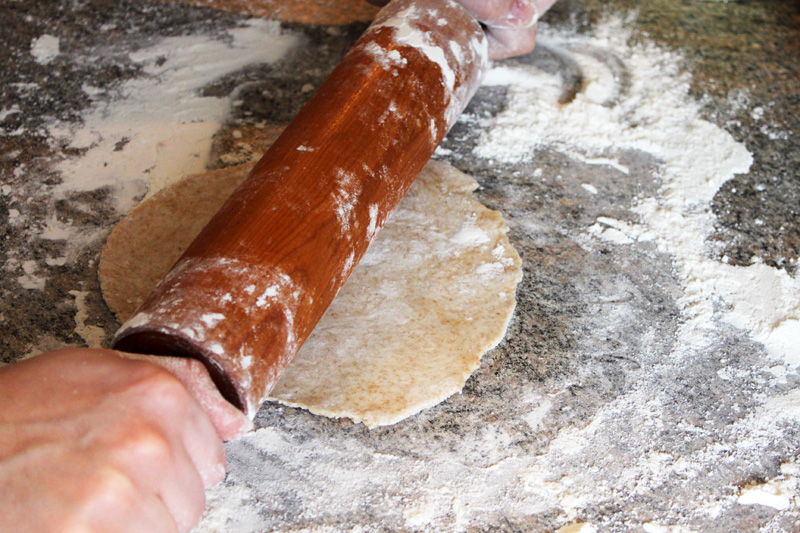 then roll into circles. 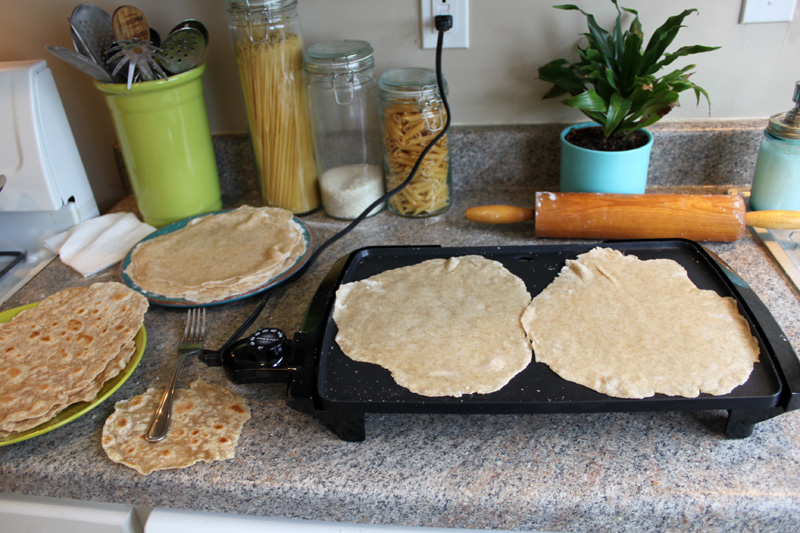 Set up the kitchen, assembly- line style, with plates for raw and cooked dough. 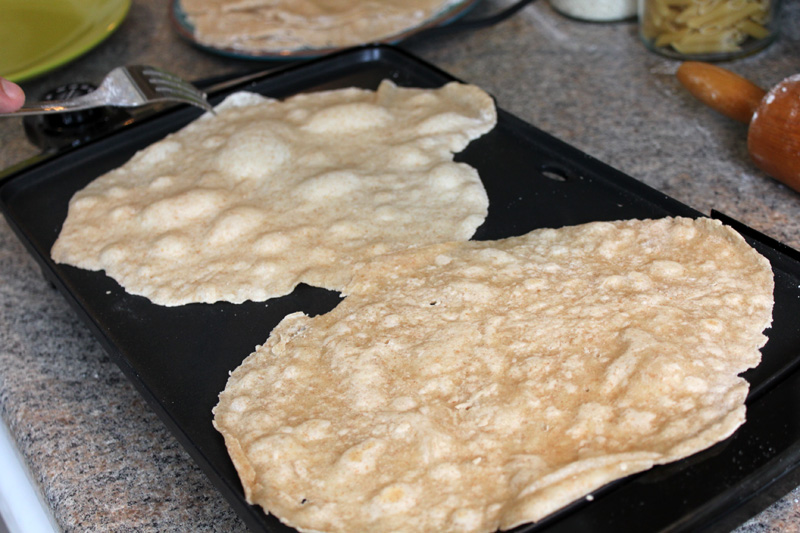 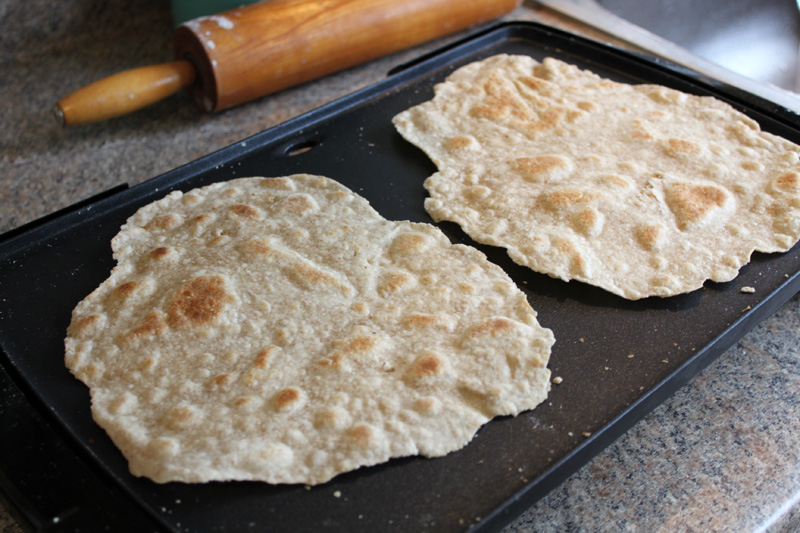 then flip to the other side. Dough will bubble up. It seems that in our case, ones made with part whole wheat flour bubbled up more.

Then before you know it, you have a kitchen full of delicious tortillas! 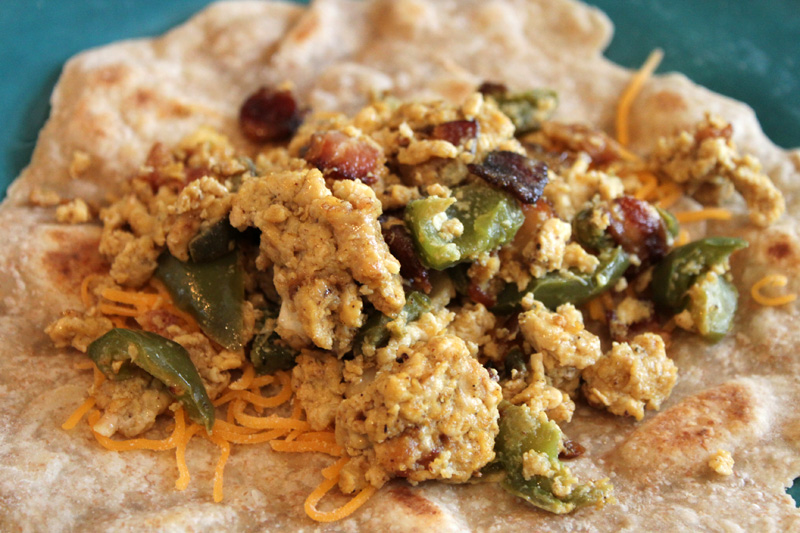 Great for breakfast burritos, normal burritos, quesadillas, covered in honey and cinnamon, or even just to snack on. (all of which I have made with these, by the way. I told you I was addicted!)