Oh what happens when Mimi and the Aunts are in charge? On vacation specifically. We get hermit crabs of course! 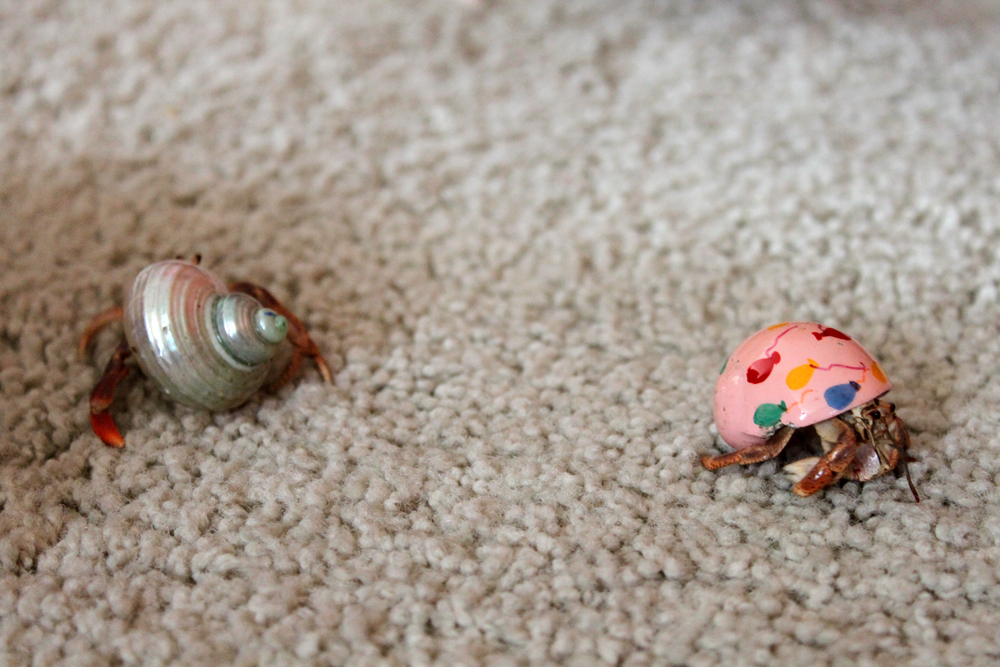 My older brother, Blake, and I had hermit crabs when we were younger, so we knew a little bit about these little guys before we bought them. 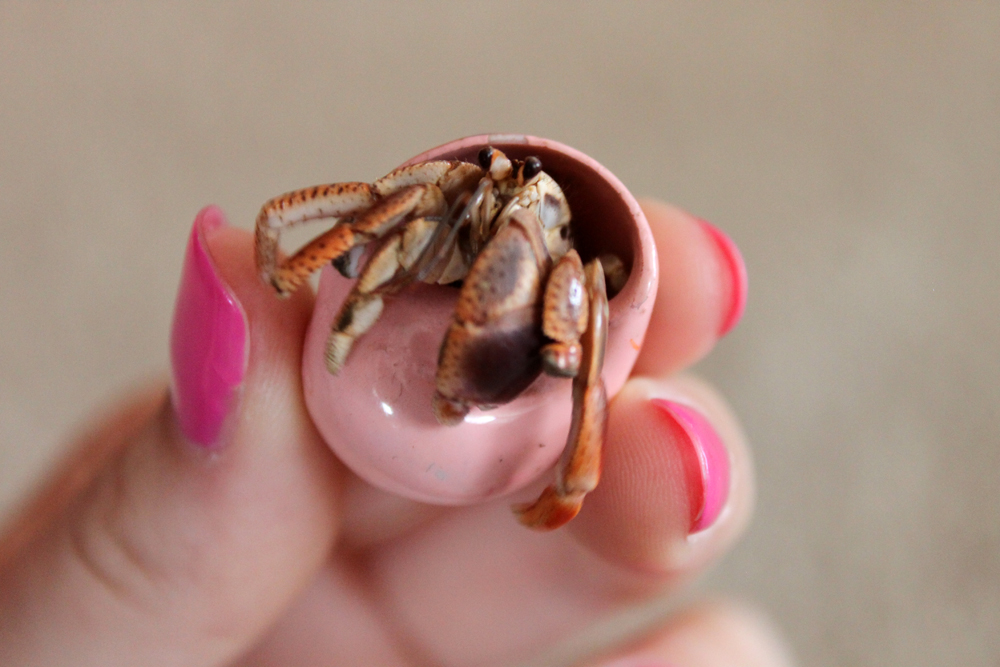 However, with two little kids in tow, everything gets so much more entertaining. 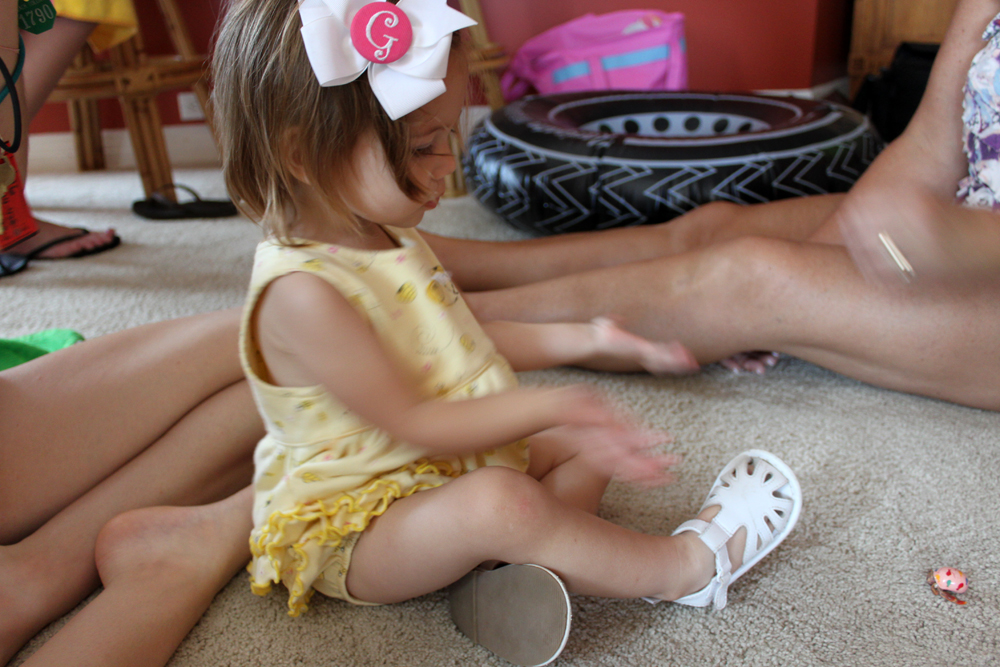 Georgiana couldn’t really decide what she thought of them. 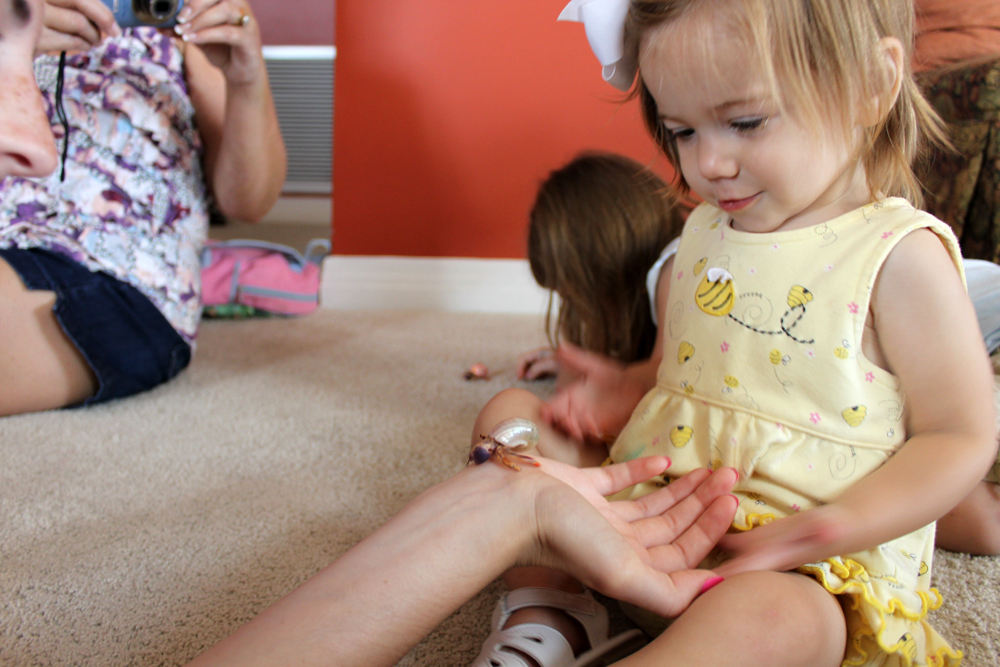 She liked watching them. 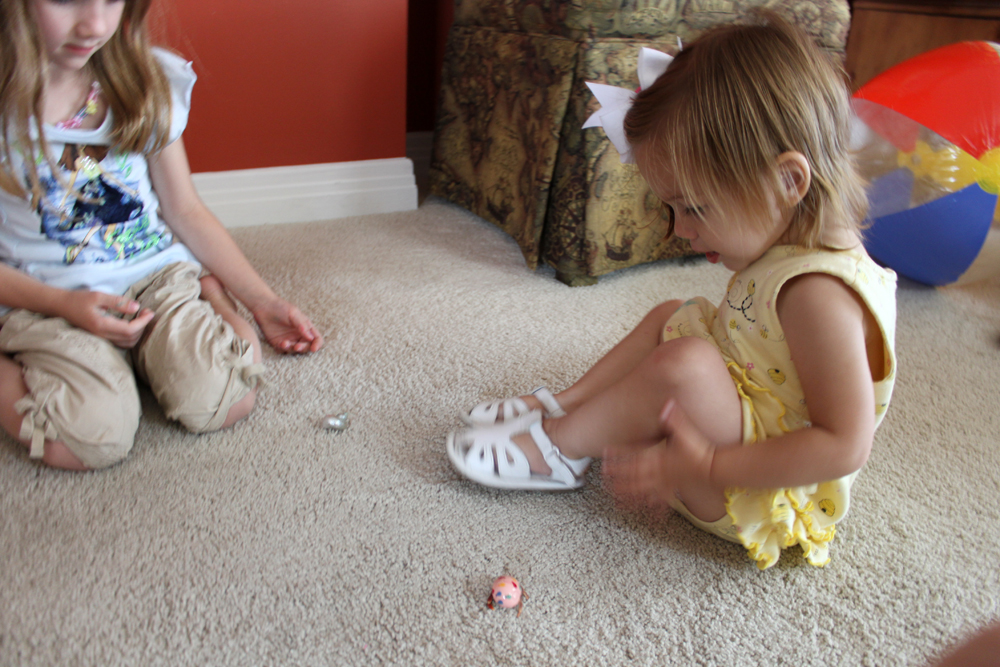 She was also quite curious about them. 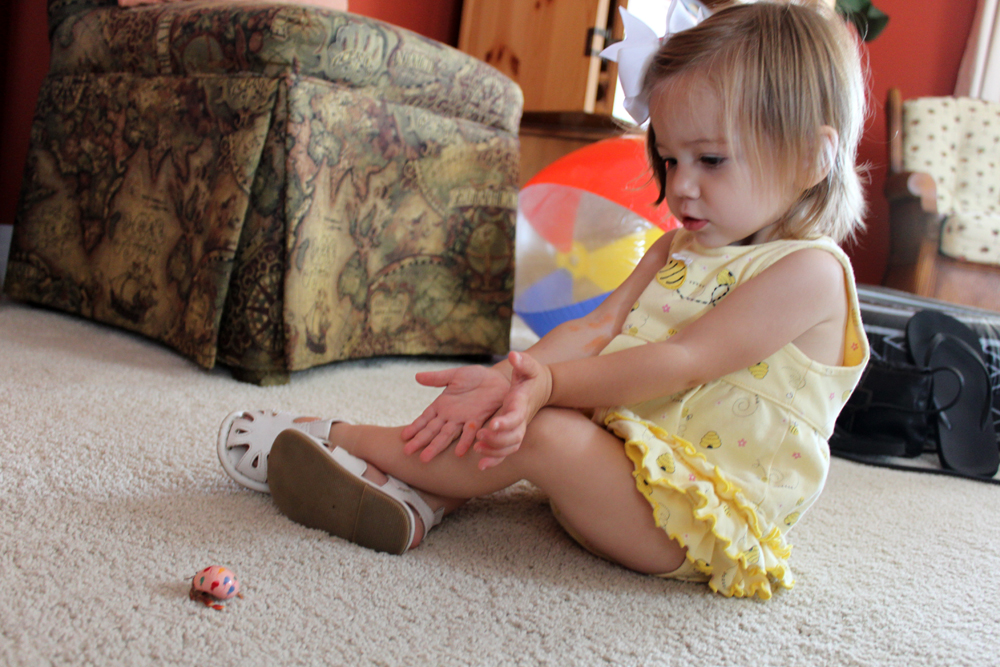 Then she would decide she wanted to hold them like everyone else was doing. 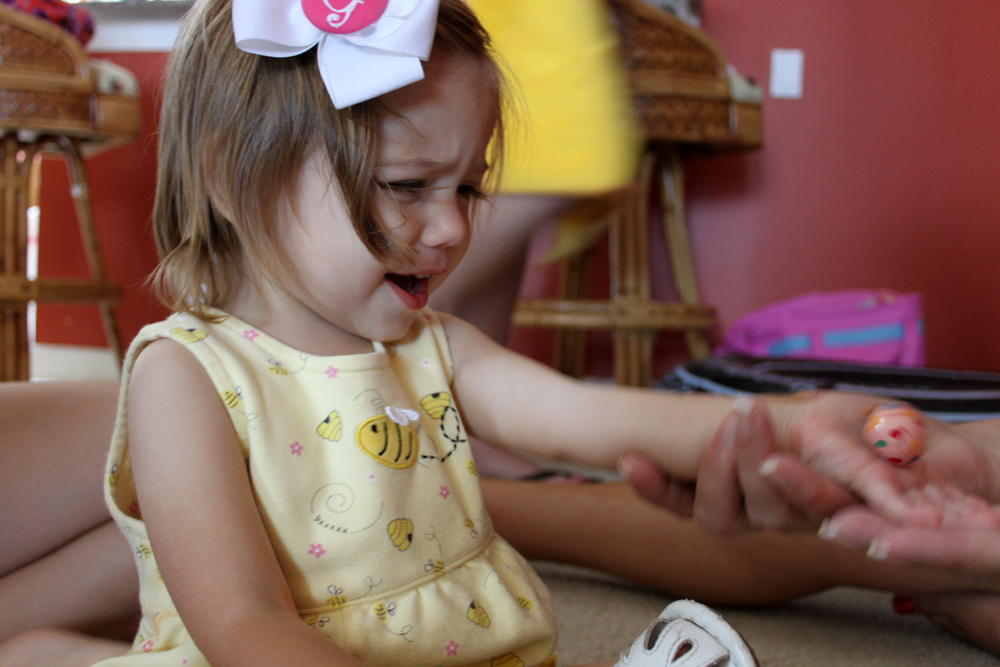 But then she would kind-of freak out if you put it in her hand. 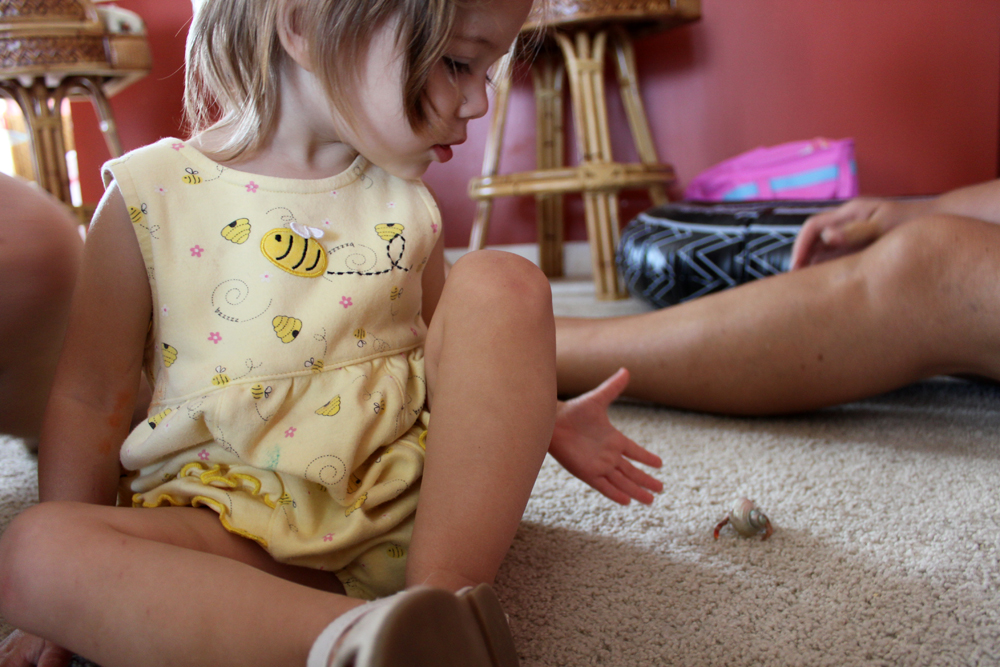 But once you put them back on the ground, she would act as if she wanted to pick them up. 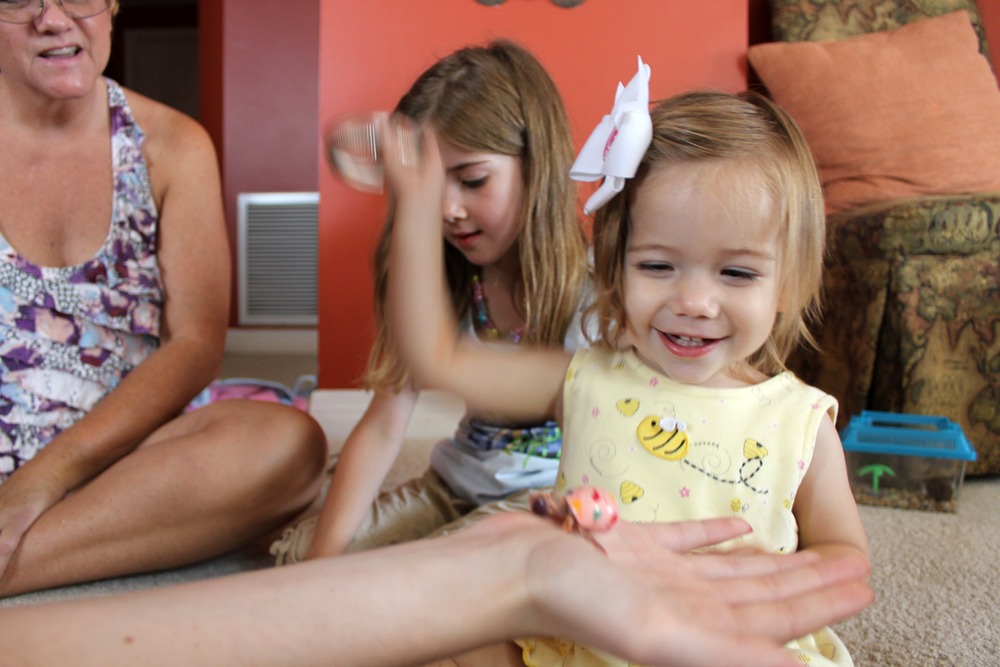 Then she would get all wild on us and try to smash them with a jar lid. Or occasionally try to stomp them with her feet. 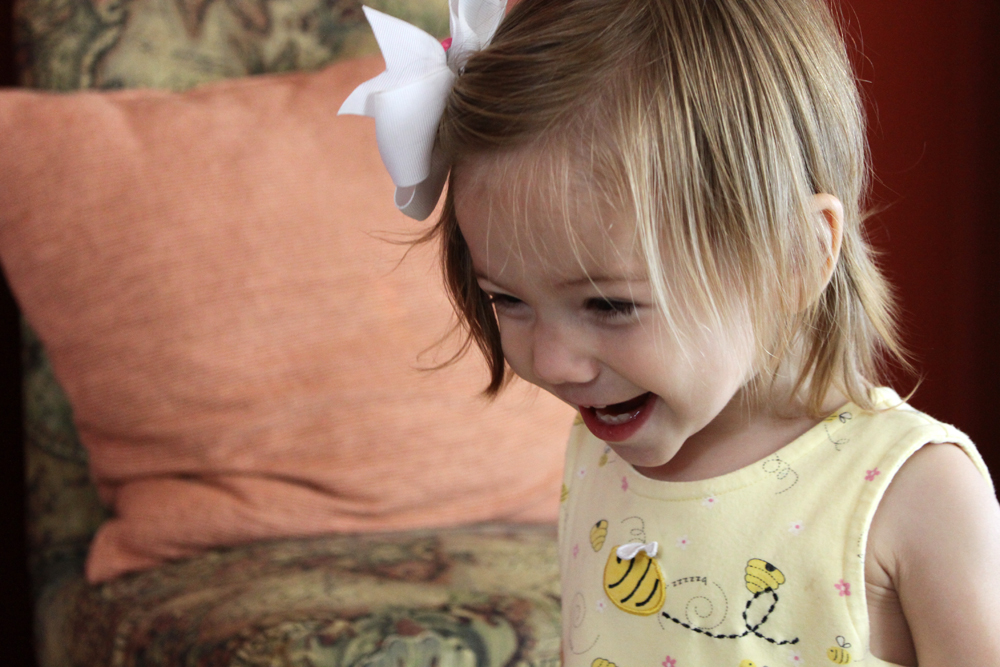 She laughed and seemed to be getting a kick out of it. 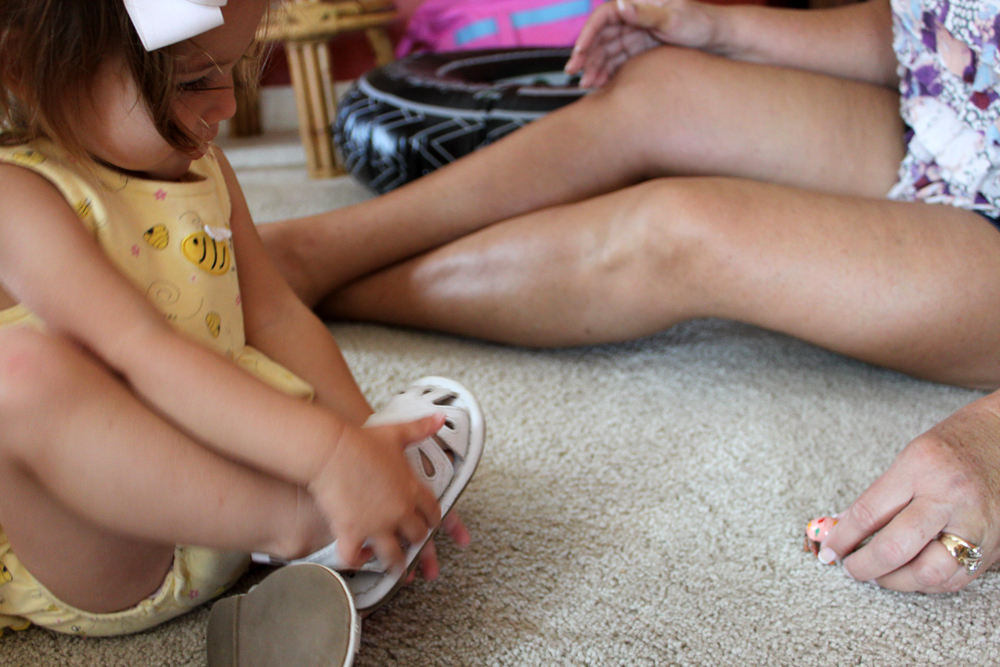 She would sit again and watch them more, but if they got too close she would shy away pretty quickly. 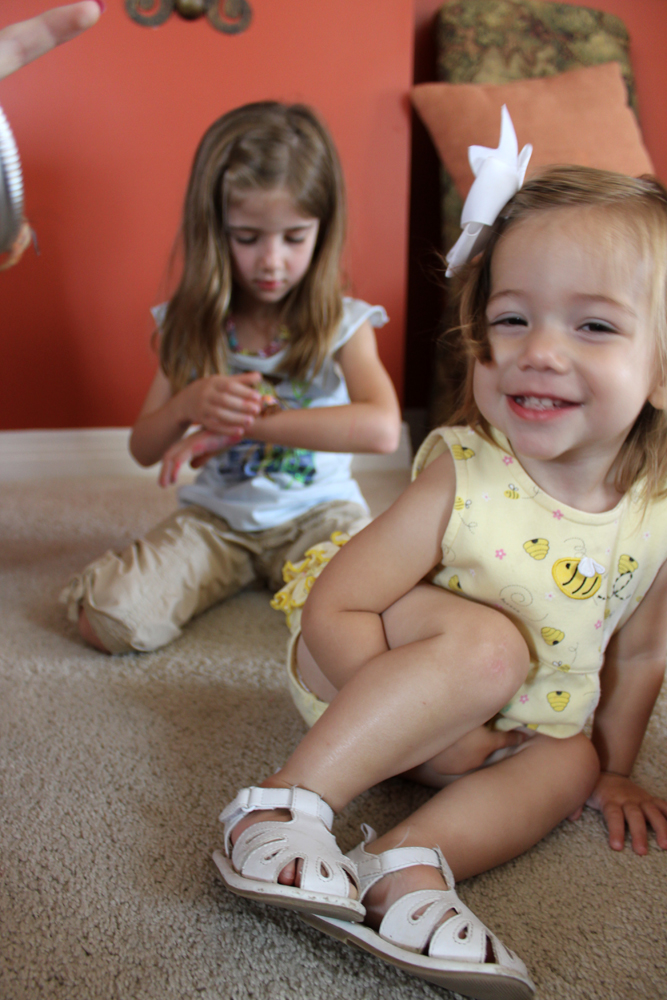 She also pulled her legs up and away from where they were walking on the ground. 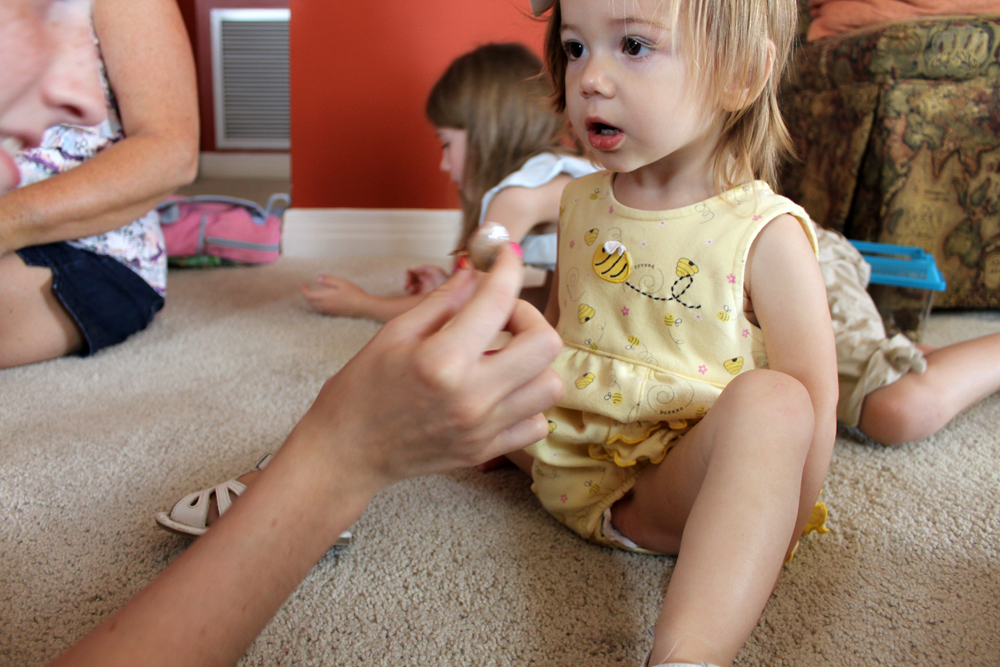 Jill tried to entice her into holding the “cabbies” (as G called them) but G just gave Jill crazy looks. 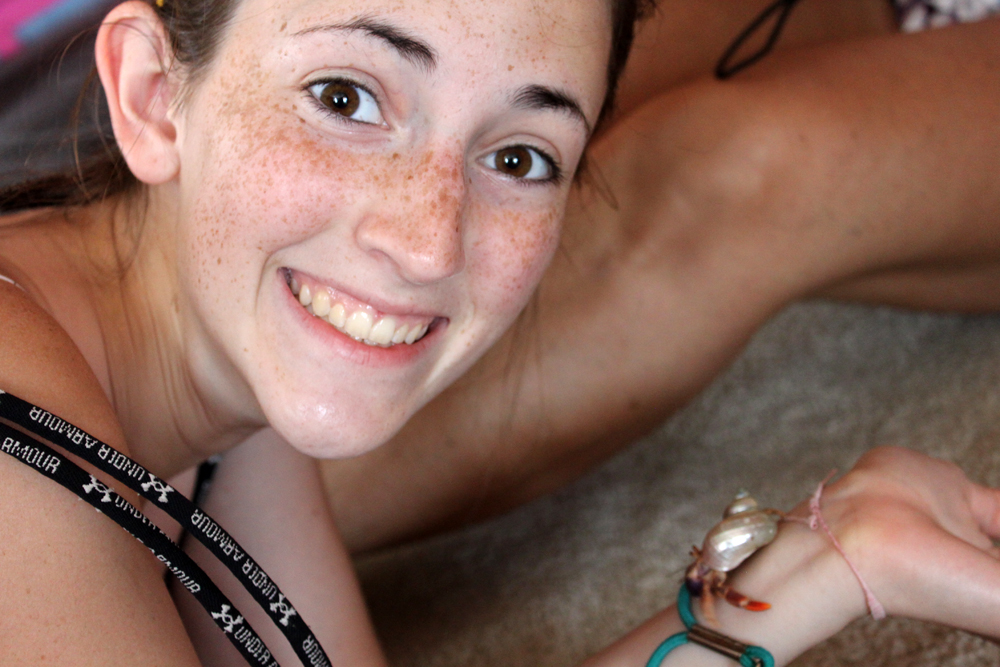 Although I don’t blame her. If Jill was looking at me with this same look, I might give her a crazy look back too. 😉 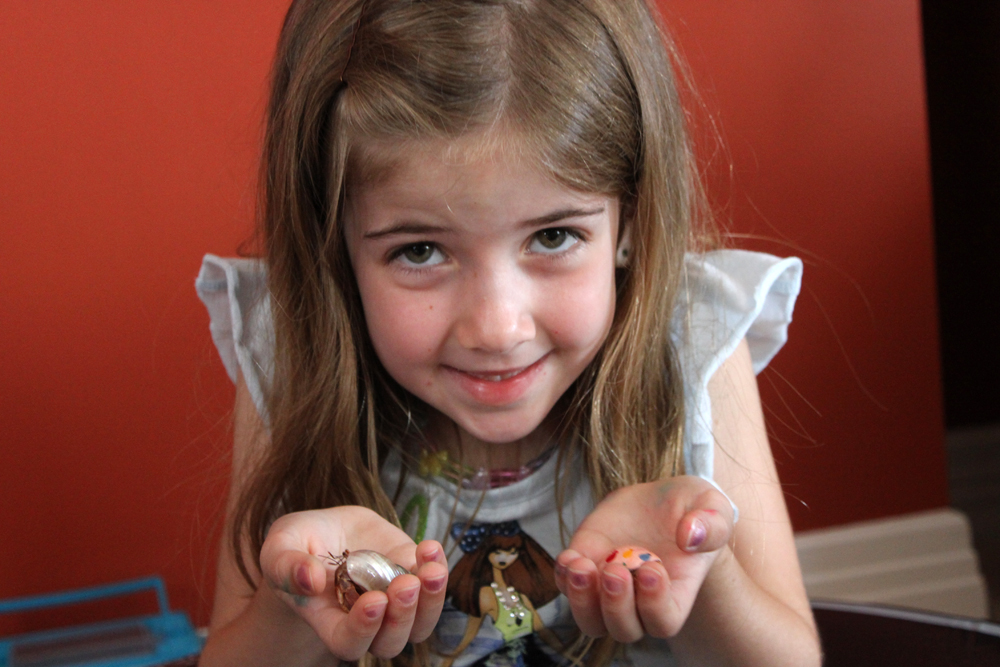 Evie, of course, was super excited about her new pets. Since chickens and a fish are the only other pets she’s ever had. 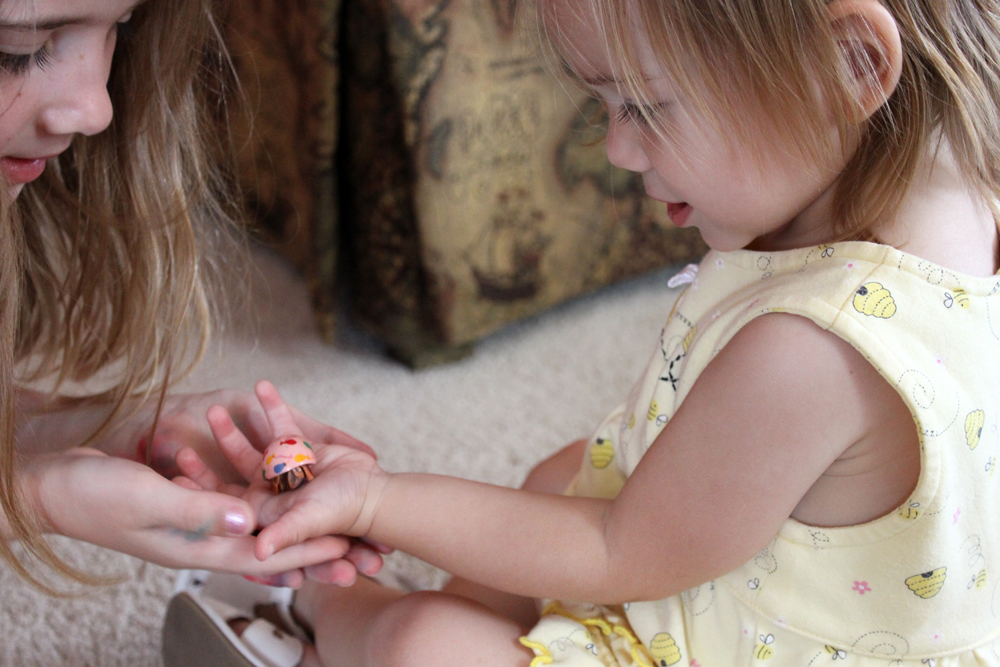 Evie even tried to get G to hold the little crabbies as well. 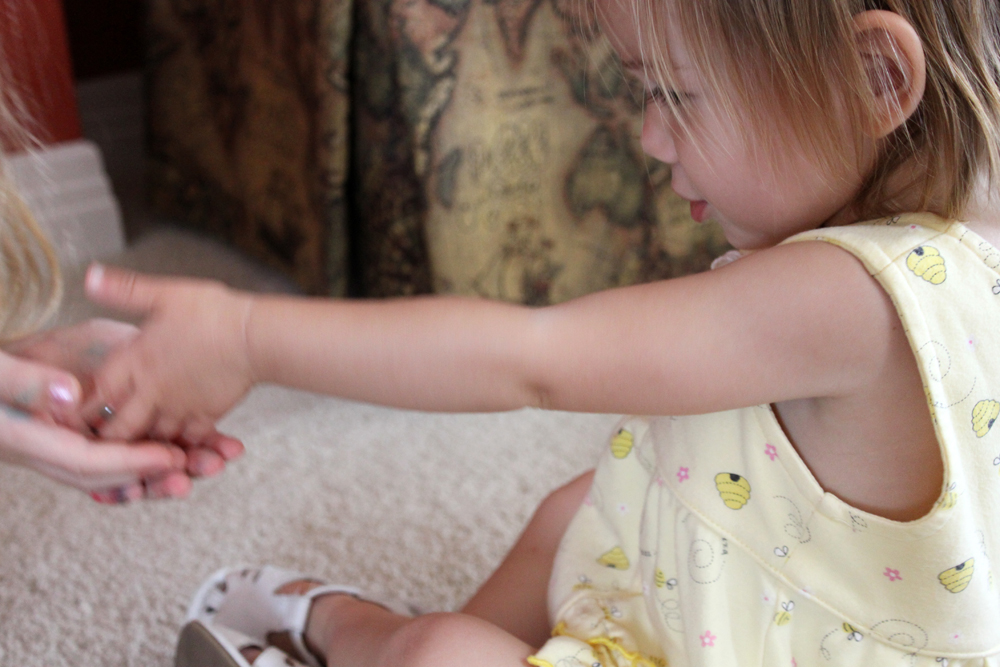 G returned the favor by promptly returning the crab to her sister. 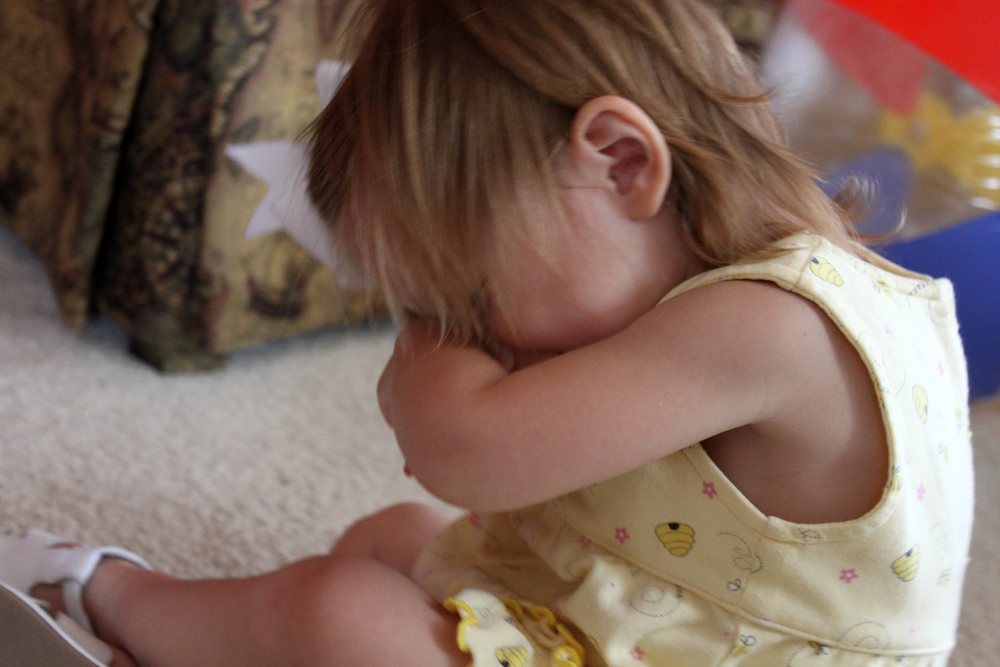 Then she pouted as if this was all too much trauma for her to handle. 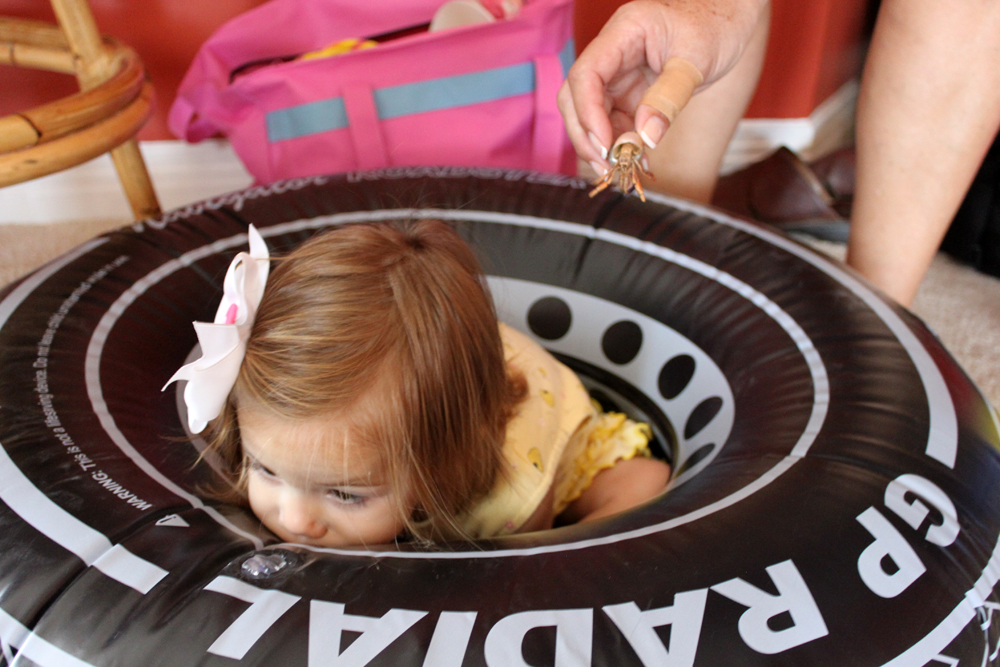 And she went on to find something else to play with. 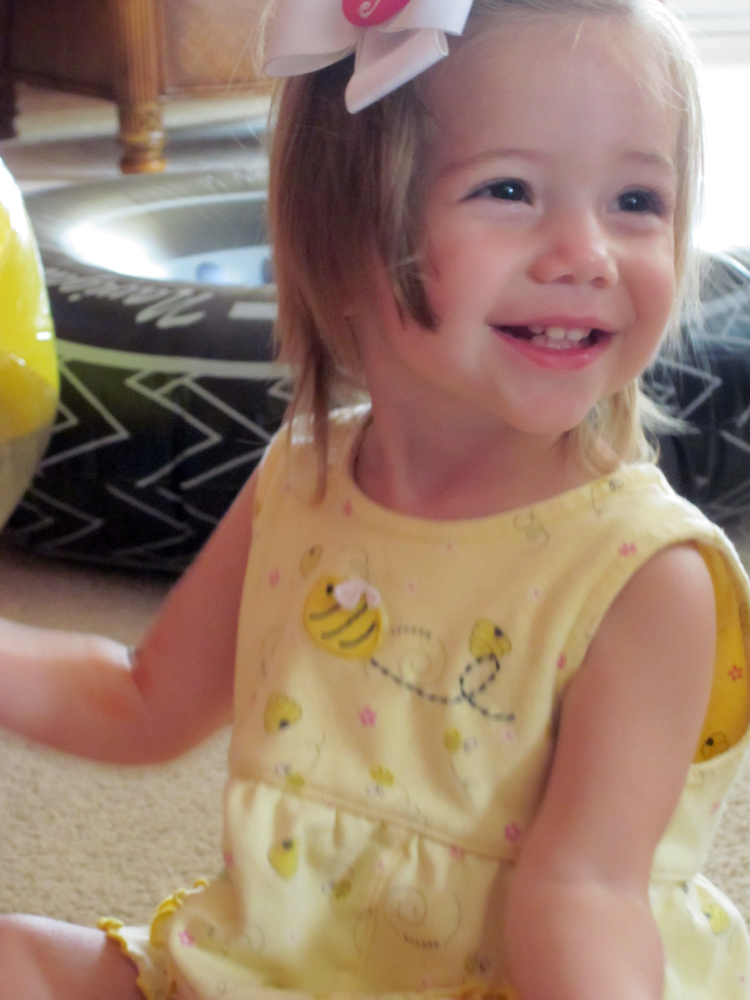 But don’t let her fool you into thinking that she didn’t have a good time. She even showed us her toothy smile. 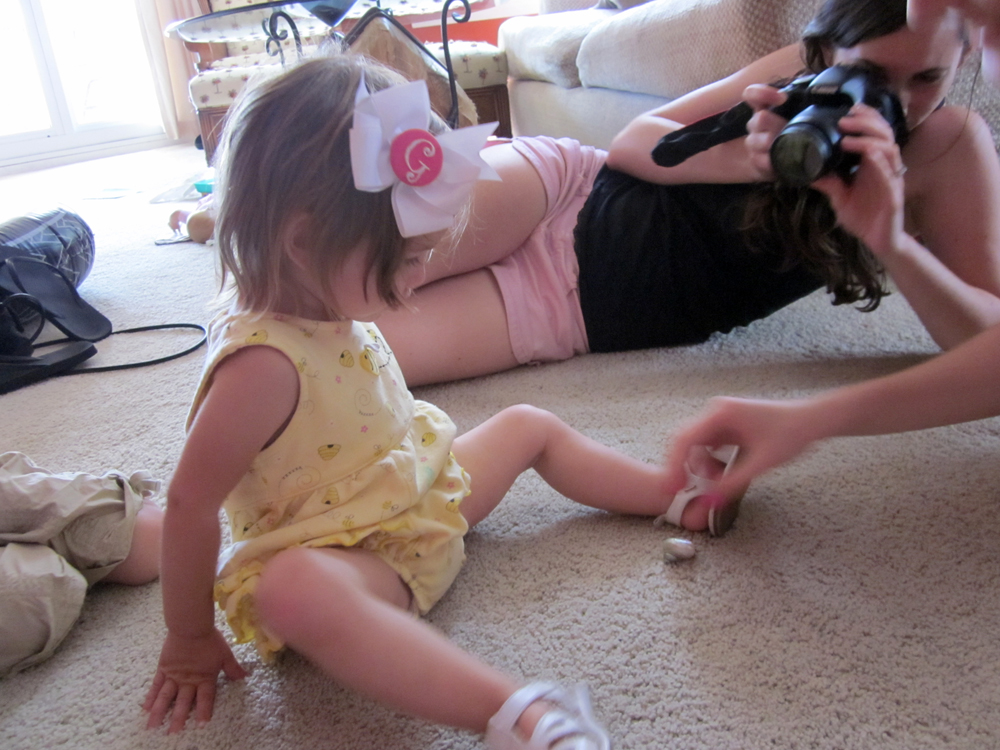 Since I didn’t make an appearance above, here is a shot that shows pretty much what I looked like the whole time. A little behind-the-scenes peek.

In case you wanted to know what a hermit crab looks like as it is coming out from hiding in its shell, this is for you: (if you scroll down real fast it kind-of looks like one of those moving flip-book things) 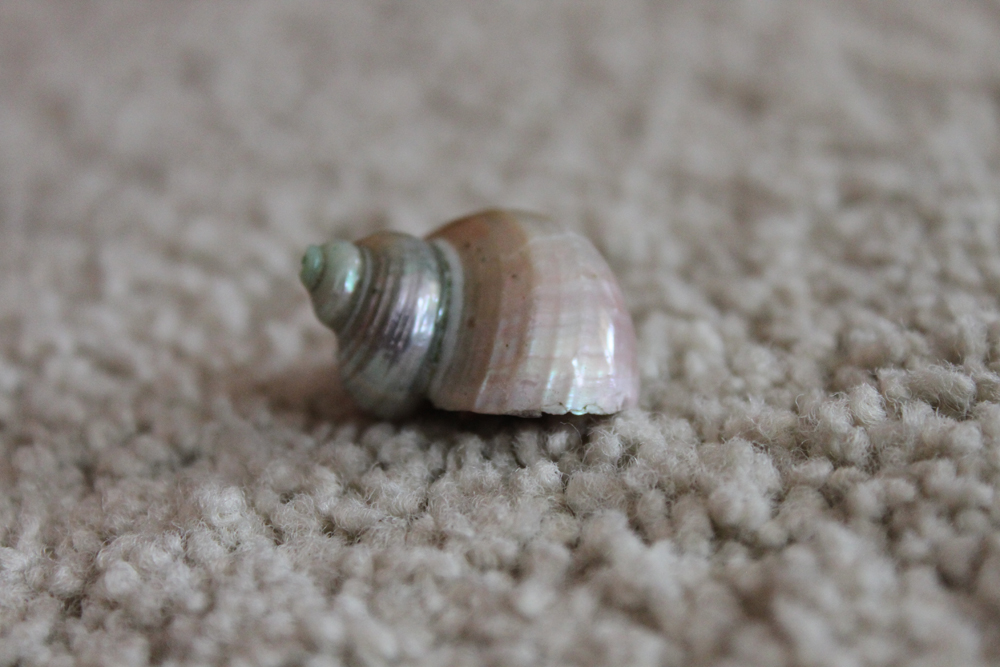 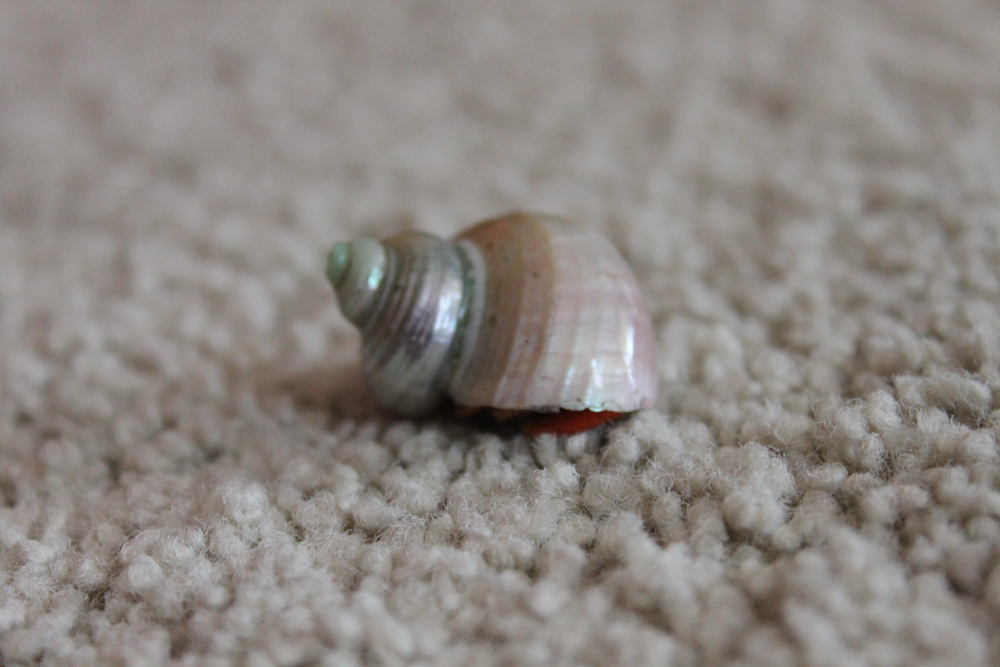 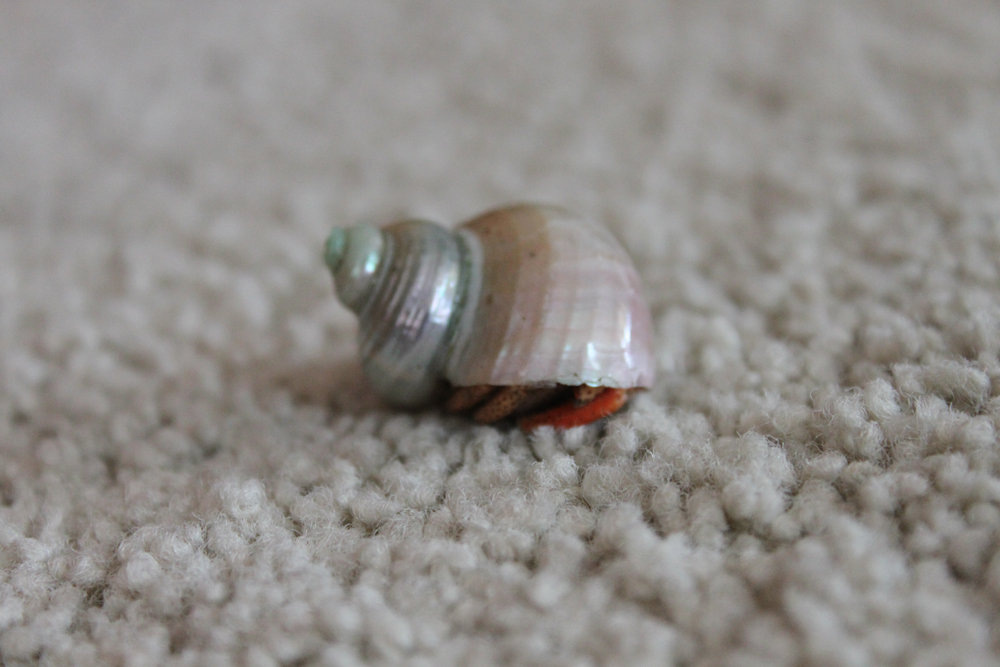 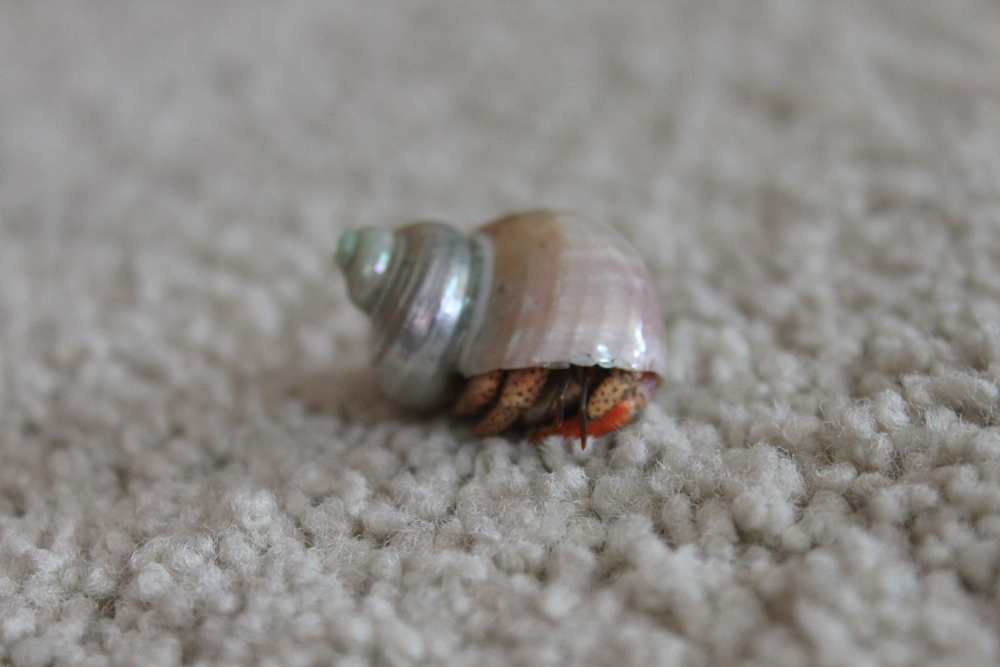 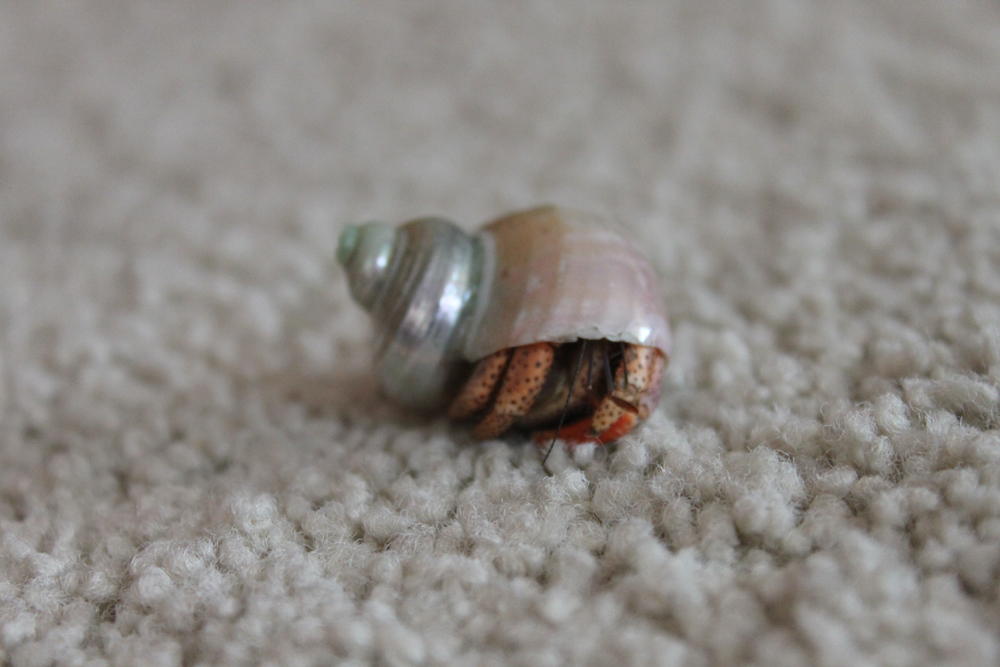 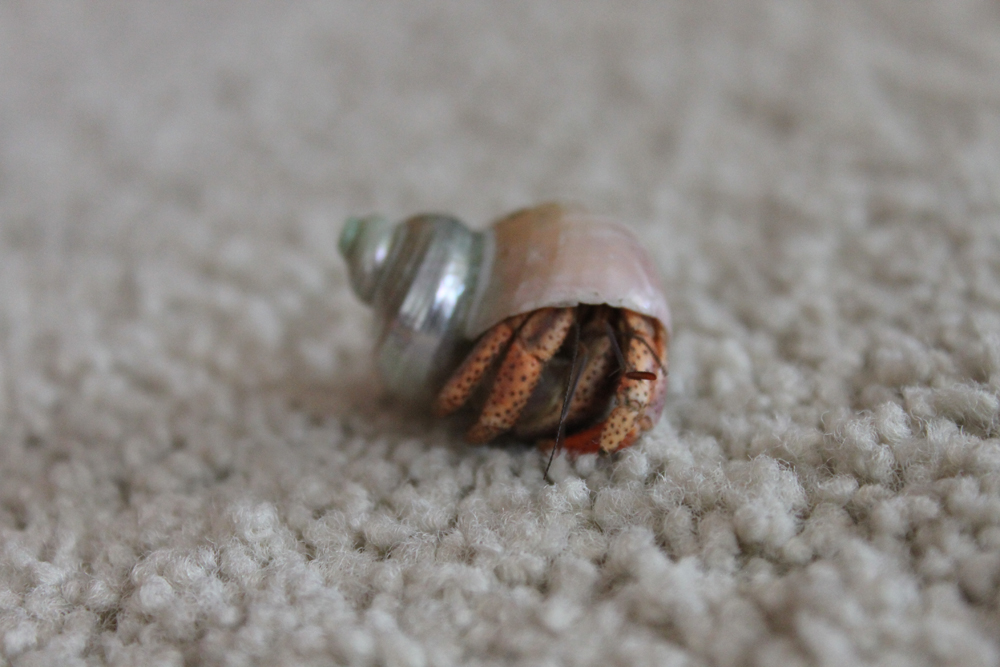 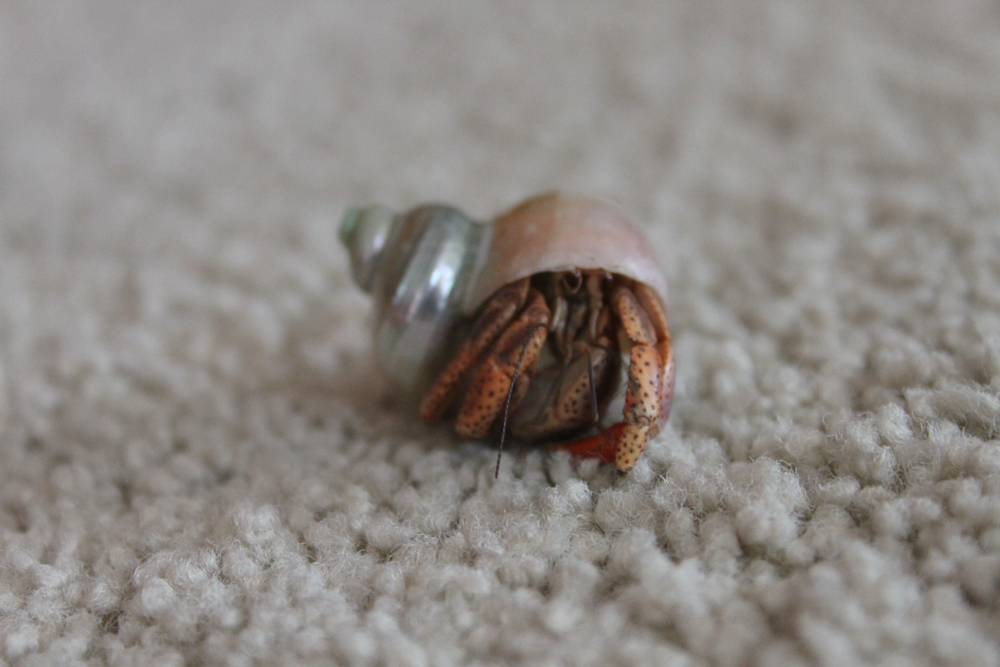 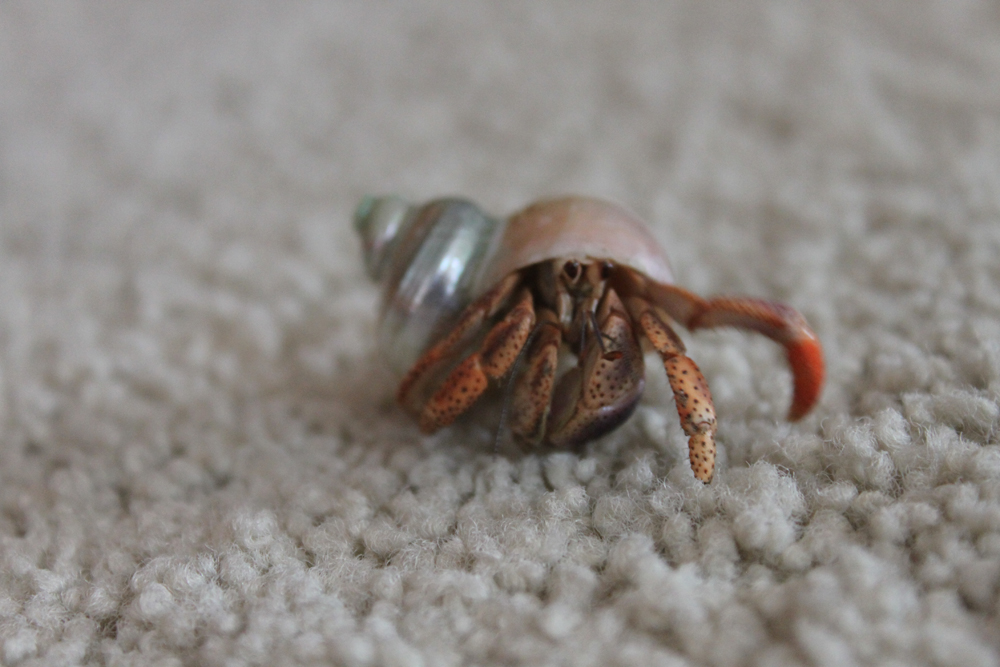 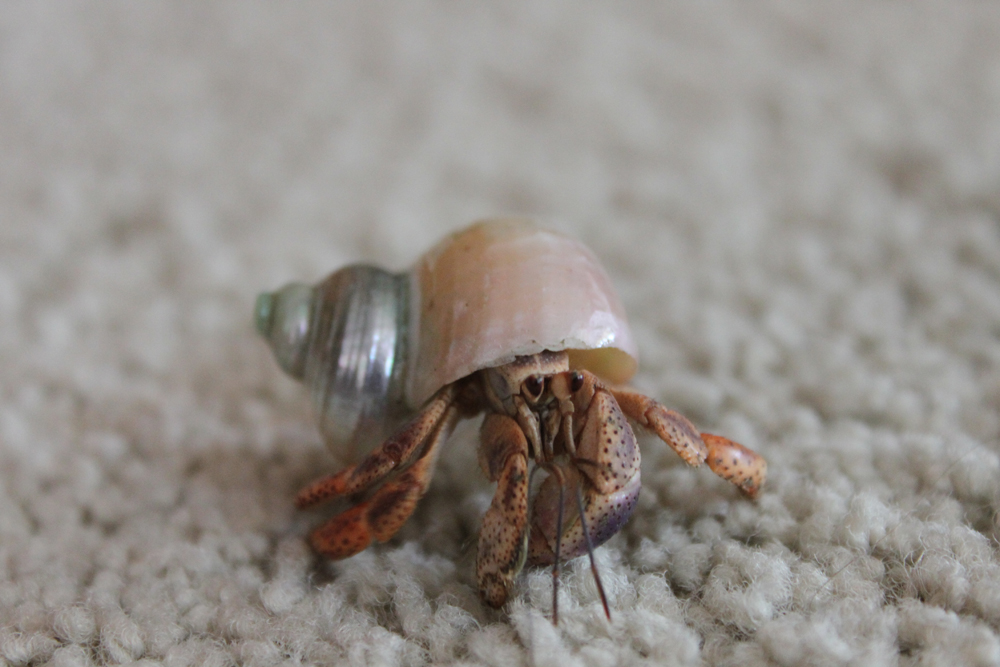 I think that’s probably more than enough of our hermit crab adventures.