The last couple summers, I’ve grown basil and other herbs in my kitchen window box (Just do a quick search in my search box, there are several posts about it). Basil, especially, has always done really well in there. This summer however, we decided to try doing bigger container gardens outside the front of our apartment. We started last January with growing all our plants from seeds–cucumbers, green peppers, lettuce, tomatoes, rosemary, cilantro, basil and parsley. 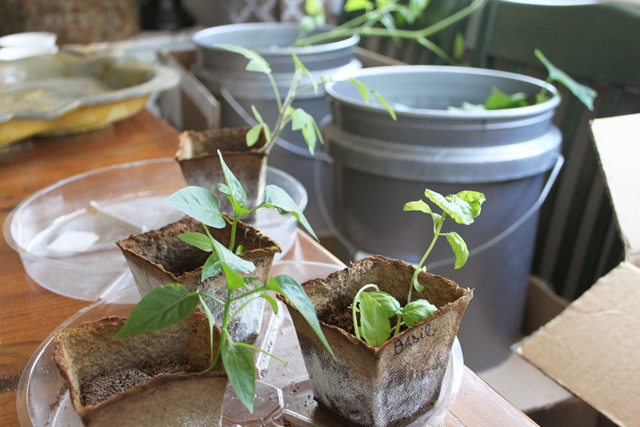 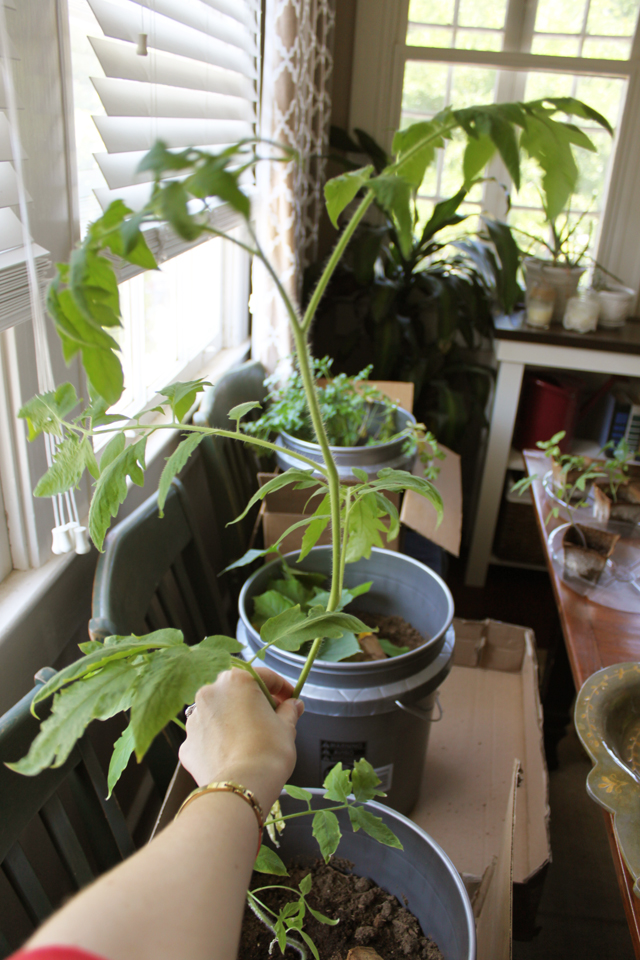 We had a couple seeds that either didn’t sprout or didn’t make it, but most of our plants did really well for the several months that they were inside. Once they outgrew their tiny little seed pots, we re-planted them in 5-gallon plastic buckets. Drew drilled several holes in the bottom of each bucket for drainage. 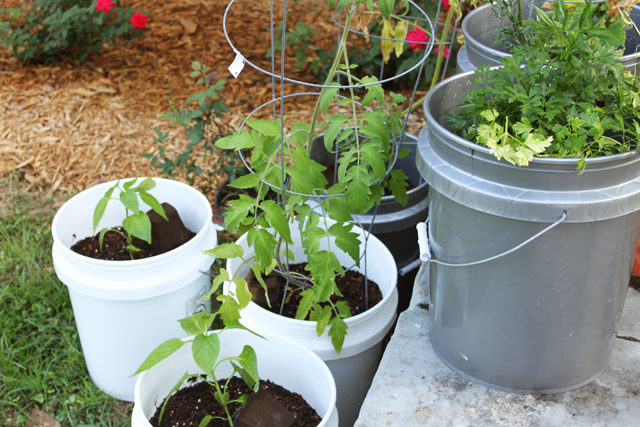 Once it warmed up outside, we slowly transitioned each plant outside, letting them stay for a few days underneath the small porch roof in front of our house, so that they could slowly get used to the outside environment. 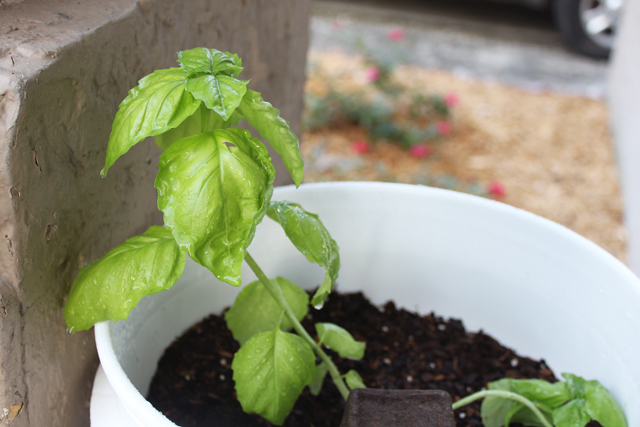 Several weeks later, we ended up with our only crop of the season, this one tiny cucumber: 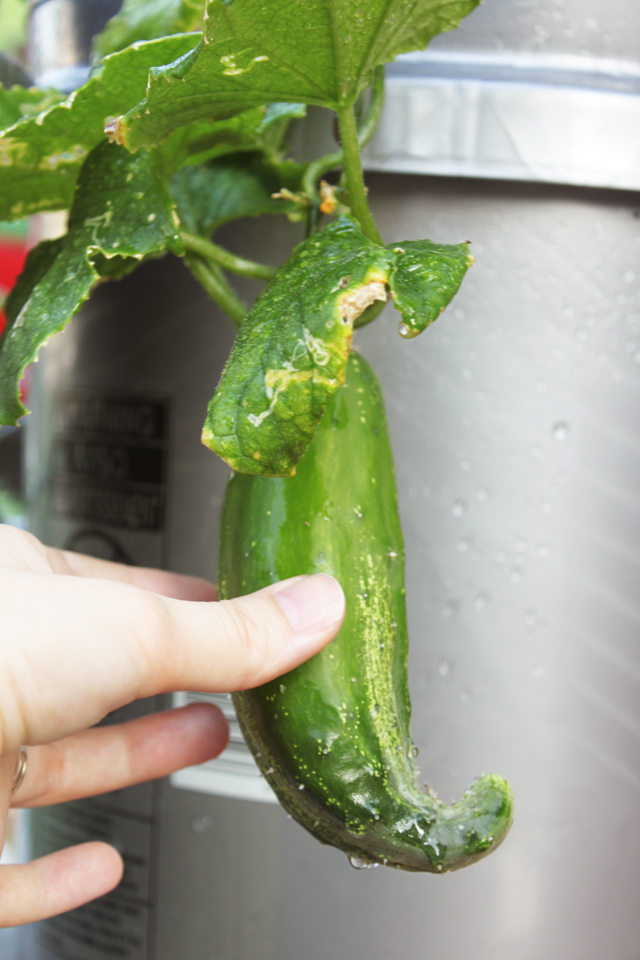 We made sure they got enough sun and watered them every evening or two, but after being outside for a month or so, they all just sort-of stopped growing or started to shrivel up. I know the New Orleans summer sun is pretty brutal, but other people’s plants survive here? I’m not sure exactly what the problem was. The sun was too direct? Too hot on them after being inside so long? They didn’t have adequate drainage? We didn’t fertilize them?

I was traveling a lot this summer, so I can’t say I was the absolute most attentive plant mom, but they definitely weren’t neglected and Drew looked out for them while I was out of town. I just don’t know why they weren’t at least slightly more successful. I grew up in the country and my family always planted a huge vegetable garden that I would help out with, but this was my first time trying containers. I’m used to the Illinois planting season, but still new to when to plant outside in New Orleans. Maybe I should have just gotten them outside a lot sooner, so they got used to being outside before it got so hot?

This is what they looked like as of today, right before I dumped them out: 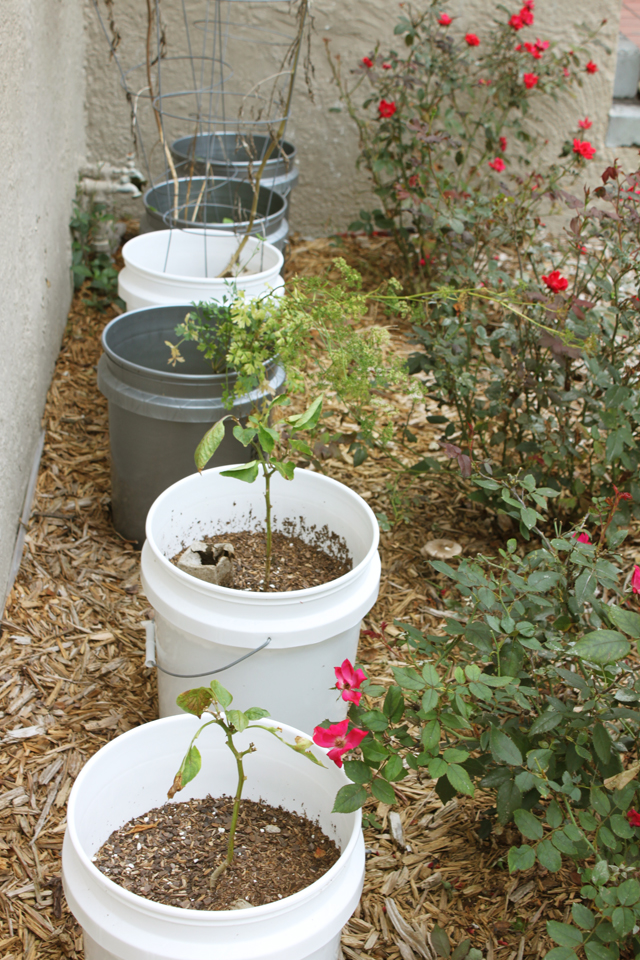 They obviously look bad here, I hadn’t even touched them the last several months since they stopped growing/producing anything for me. But see those green peppers in the front? They weren’t even dead, but hadn’t grown even an inch the last five months they’ve spent outside! 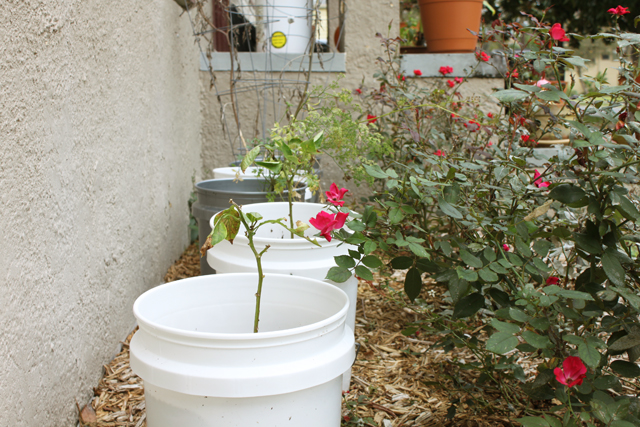 Anyone else had success with container gardens? Any fellow New Orleanian gardeners? Any advice for me?